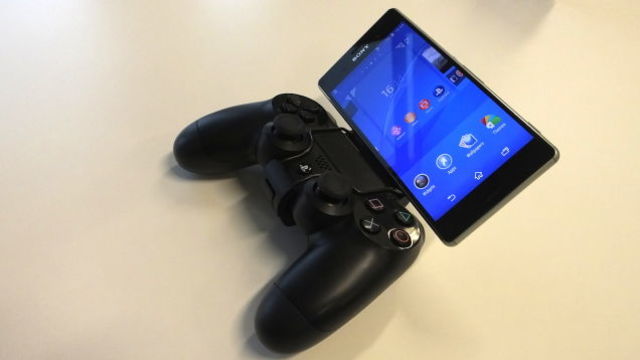 The Sony Xperia Z3, Sony Xperia Z3 Compact and Sony Xperia Z3 Compact Tablet were announced last month at the IFA Trade Show in Berlin. In addition, Sony also revealed that the three devices will feature PS4 Remote Play, a feature that allows users to play PS4 games on their smartphone or tablet by connecting the said devices to a DualShock 4 controller. Recently, the company confirmed that this feature will be available on a couple of their older devices as well, namely the Xperia Z2 and Z2 Tablet. The news comes courtesy of the “Xperia Lounge” app, which confirms that these devices will benefit from Remote Play starting with November 2014.

The feature itself will be released next month so it looks like all the mentioned devices will be able to support it on launch day. Remote Play will make its way to the Xperia Z2 and Z2 Tablet via the Android 4.4.4 KitKat update , which is scheduled to arrive soon. The Sony Xperia Z3v will presumably also support Remote Play, although there is no confirmation on this for now. The Z3v is a slightly modified version of the recently launched Z3 flagship that will only be available at Verizon Wireless. There are few differences between the two when it comes to the hardware, but the Z3v will be a bit different from a design standpoint. The smartphone will be available at the carrier for the price of $199.99 starting with October 23.

Aside from having the opportunity to test Remote Play, Xperia Z owners will be happy to know that they will also be able to test Android Lollipop. Sony said earlier this month that all the devices in the series will upgrade to the latest version of the operating system, although a specific release date has not been announced as of yet.