Xolo One will be the cheapest Android Lollipop smartphone 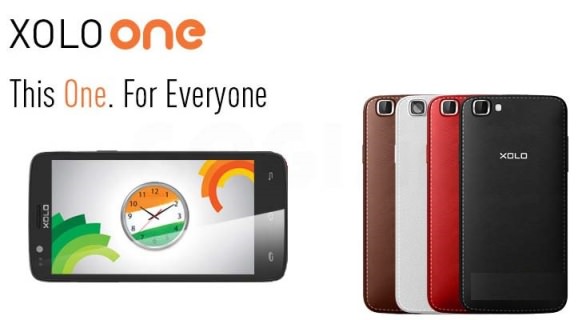 Xolo One will be the cheapest Android Lollipop smartphone

While most smartphone manufacturers are racing to upgrade their flagships to the latest version of Android, one company is promising to do the same with their newly announced affordable handset. Xolo recently introduced a $105 smartphone which aims to upgrade to Android Lollipop at some point in the future, presumably sooner rather than later. The device in question goes by the name of Xolo One and is currently one of the cheapest KitKat handsets around. Needless to say, it will also be one of the cheapest, if not THE cheapest Android Lollipop smartphone on the market once it gets the update.

Seeing as how the Xolo One is so cheap, one can only imagine that its specs are not exactly jaw-dropping. That would be a pretty accurate assumption to make as the device comes equipped with a 4.5-inch display that only sports a modest 854 x 380 resolution and 218 pixel density. A quick peak under the hood reveals a Cortex-A7 quad-core CPU clocked at 1.3 GHz with Mali 400 MP2 GPU and 1 GB of RAM. The Xolo One also features a 5 MP camera, 1.700 mAh battery and 8 GB of internal storage memory. On the bright side, there’s a microSD card slot that allows for up to 32 GB of additional storage and the device also features dual SIM support.

What’s more, there are also quite a few color options to choose from including black, white, brown and red. All in all, the Xolo One is exactly what you’d expect from a $105 smartphone and it’s not that bad at the end of the day if you only require a basic handset. As mentioned, those who own it will have their very own Android Lollipop device, and at a ridiculously cheap price to boot.