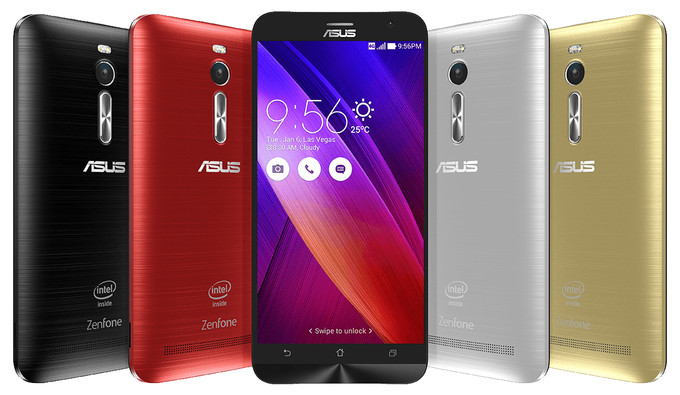 This year’s edition of the Consumer Electronics Show is happening as we speak, with all the big players from the tech world standing in line, eager to show us their latest innovations. Just moments ago, Asus took the stage and presented two new products that are certain to blow customers away. First off, the company unveiled the Asus Zenfone 2, a new flagship smartphone that can easily go head-to-head with all the other similar handsets currently available on the market. The Zenfone series mostly consists of devices that have traditionally been considered to be way too expensive for their own good. This trend could change this year however, given that the company promises that their new additions will actually be cheap.

The Zenfone 2 is the first smartphone to come equipped with 4 GB of RAM, a feat that not even Samsung or LG were able to achieve yet. However, there will apparently be multiple versions of the handset, including one that features only 2 GB of RAM. Regardless of model, the Asus Zenfone 2 will sport a 5.5-inch display with 1080p resolution, a powerful Intel Atom Z3580 processor clocked at 2.3 GHz, a 13 MP primary camera, and a 3,000 mAh battery. Asus claims that the model with 2 GB of RAM will cost only $200, which seems a bit too good to be true if you ask me. The Asus Zenfone 2 will become available to purchase sometime during the second quarter of the year.

Aside from the Zenfone 2, Asus also announced the Zenfone Zoom earlier today during their CES 2015 conference. This second handset is very similar to its sibling, except that it doesn’t pack 4 GB of RAM. However, the Zoom more than makes up for if with its unique 13 MP PixelMaster rear-facing shooter. The camera comes equipped with a 3x zoom lens and offers features such as optical imagine stabilization and laser auto-focus, among others. Surprisingly, this smartphone will also be priced at around $200 according to Asus.