Your Moto G 2014 may not be eligible for Android Lollipop yet, here’s why 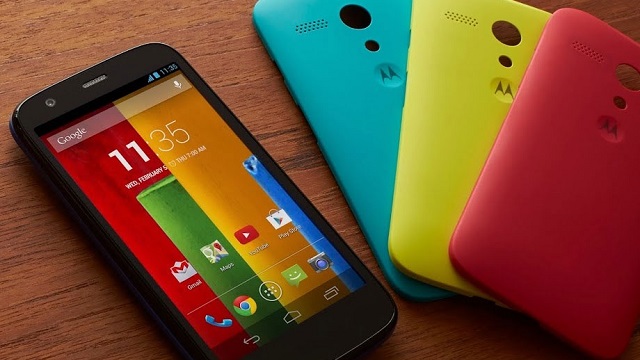 Your Moto G 2014 may not be eligible for Android Lollipop yet, here’s why

I’m pretty certain that a lot of people are starring at their Moto G 2014 smartphones right now and asking themselves “when is Android Lollipop going to reach me? It started rolling out back in November!” So maybe that’s not exactly what they’re thinking, but it’s no secret that plenty of Android users are eagerly awaiting to receive the update on their devices. You may have heard reports that Android Lollipop is already available to some Moto G 2014 users in a handful of countries, namely India, Brazil, and the US. However, the majority of people still haven’t got it yet and they demand to know why. Luckily, Motorola recently went on to shed some light on the matter.

It would appear that the whole process is more complicated than some may think. The company wants to make absolutely certain that Android Lollipop will improve user experience on the Moto G 2014 and other devices, which is not exactly an easy thing to do. The stock version of Android Lollipop is not all that stable as proven by all the bugs that are infesting Nexus devices. Motorola is well aware of this, so they’re taking their sweet time in order to ensure that their customers won’t have anything to complain about. Naturally, this means that you may have to wait a while longer until the update reaches your Moto G 2014, but at least you can rest assured knowing that the release will be as stable as possible.

Motorola also explains why only some users in a certain country get the update while others don’t. Before it can start pushing out the update to everyone, the company has to do “soak tests”, which consist of rolling out Android Lollipop only for a few people. These tests are very important because they allow Motorola to spot any possible issues and fix them before making the update widely available. The company also says that there are many software builds for each device, so just because your friend has Android Lollipop on his Moto G 2014  it doesn’t necessarily mean that you’re going to receive it soon on yours because the two devices may be different in some ways. How soon the update can reach a certain device depends on the carriers as well and there’s little Motorola can do about that.

All that being said, Motorola has traditionally been among the first manufacturers to offer the latest updates on all compatible devices, so I’m sure they’re doing their best to keep it that way. While we can’t say for certain when Android Lollipop will reach your Moto G 2014, you can check on Motorola’s upgrades page every now and again to see if you can expect to see it soon.