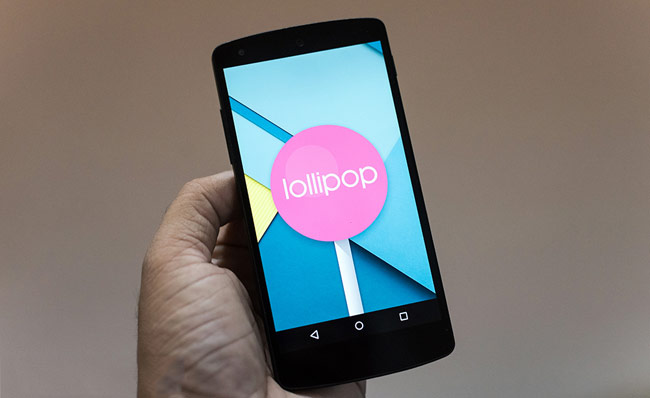 Even though the Nexus 5 is Google’s own creation, in a way, as is Android 5.0 Lollipop, the two don’t seem like the perfect mix, as many users have noticed since Android 5.0 Lollipop was released. The latest version of the software that is officially out for the Nexus 5 is Android 5.0.1, but there are bugs on all versions. Many Nexus 5 owners are anxiously waiting for Android 5.0.2 Lollipop and hoping that it will fix all the problems they are having, but we don’t know when that’s coming. Until we find out, we’ve compiled a list of bug reports and issues and a few simple fixes we found work to combat them.

Nexus 5 dropping Wi-Fi signal? Reminds us of iOS 8, doesn’t it? Since installing Android Lollipop, Nexus 5 users noticed that their Wi-Fi signals were not constant or their Wi-Fi wasn’t working at all. The easiest thing to try is forgetting the connection. You do that by long-pressing the name of the connection you’re not getting access to and telling Android to forget it. We found that this fix works on the Nexus 5, Nexus 7 and Nexus 10, as well as other devices experiencing the same problem. When you reconnect and enter the password again, the issue should be fixed. An underlying cause of the Wi-Fi bug on the Nexus 5 could be outdated apps not optimized for Lollipop, so avoid those for the time being. Your last option here is a factory reset and if that doesn’t work, wait for Android 5.0.2 Lollipop.

The annoying part of Android 5.0 Lollipop on the Nexus 5 is that it may come with some battery life issues. The standard battery life tips and tricks come in handy here, so I suppose I don’t need to tell you to delete apps that use a ton of power, turn off data, location access, background data for apps like Facebook, turn down brightness and do a factory reset. Those are trivial fixes, aren’t they? But they’re all everybody’s got right now if you’re having battery drain issues on the Nexus 5.

Now for the coup de grace: the memory leak bug! What’s the memory leak bug? It’s not fixed yet, that’s what it is, even though it had been spotted ever since Lollipop was in testing. Bad, bad Google! The memory leak bug causes apps to crash randomly because memory is not being processed correctly. When you get to about 300 MB of RAM in use, your apps start crashing on you. There’s no real fix for this, sadly, aside from a software update that is LATE. Supposedly, Android 5.0.2 will fix the issue on the Nexus 5, but it’s more likely to ignore it. Our best hope in this case is the next update, and if that fails, the next one. But if Google wants customers to still love the Nexus line and Android Lollipop, it will fix the issue soon.

If your Nexus 5 problem affects cellular data, then you might think it’s a doozy. Well, no. The easiest way you can probably fix it is by turning it off and on again. If this sounds like a line from The IT Crowd, my apologies (though it does work). If that doesn’t work, plug it in. Excuse me, I couldn’t help myself. Now, if your cellular data is not working on the Nexus 5, try a reboot first, to make sure it’s not just some random occurrence. If that fails, you can try the more complicated solution: updating APN settings. You do that by going to Settings, More, Cellular networks, Access point names. This is a step for advanced users so you might have to contact your carrier if you’re not sure what kind of information you should be updating at this point.

Bluetooth issues? Off and on first. The Nexus 5 might encounter Bluetooth issues occasionally, but it is usually caused by the cache or stored data within. You should clear cache and data by going to Settings, Apps, All, Bluetooth Share, Clear Cache and Clear Data. Once you’ve done that, reboot your phone and try connecting a Bluetooth device once again. If you shout success, then we’re cool. If not, there’s yet another solution. But it involves Safe Mode and stuff, so proceed with caution. Press and hold the Power button, power off the device then select OK to get into safe mode. See if it works in safe mode. If it does, then an app is to blame and you’re going to have to find it.

These few are the most common problems on the Nexus 5 since Android 5.0 Lollipop has been released, but that doesn’t mean they are the only ones. We’ve selected these ones because we’ve actually managed to find working fixes for them, except for the memory leak bug (but that deserves a mention). We hope these fixes come in handy and hope that Google decides to fix the issues we’re having soon enough with a new software update. Good luck!

Zach RileyOctober 26, 2022
Read More
Scroll for more
Tap
Galaxy S6 leaked schematics shows details about design
Your Moto G 2014 may not be eligible for Android Lollipop yet, here’s why
wpDiscuz