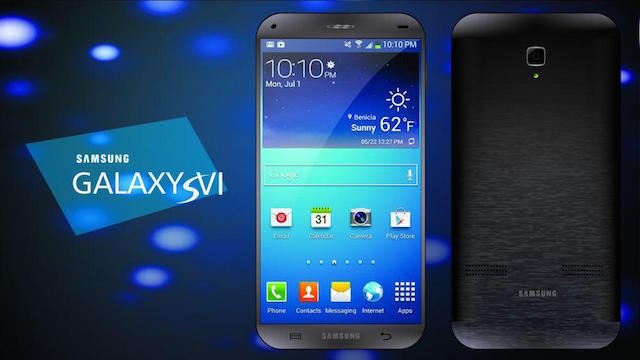 In today’s Samsung Galaxy S6 news, it would appear that the Korean tech giant’s upcoming flagship smartphone will look strikingly similar to one of its biggest competitors, the iPhone 6. The folks over at Sammobile have recently uncovered a new leaked image allegedly showcasing the initial design of the device. As you probably already know, there are plenty of other images of the smartphone, however this seems to be one of the most believable yet according to the said website. We obviously can’t confirm that this rendering shows the actual Samsung Galaxy S6, but if it does, you only need to take one quick glance at it to realize that Samsung drew a lot of inspiration from the iPhone 6 when designing their next flagship. 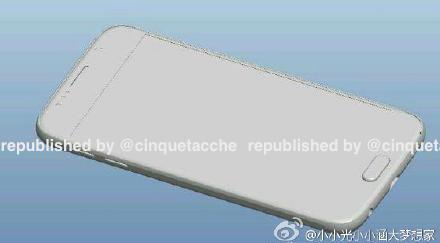 The Samsung Galaxy S6 sure looks a bit like the iPhone 6 in this leaked picture.

We can’t really tell you anything about the materials used based on this picture alone, but word on the street is that Samsung is finally dropping the plastic in favor of metal. The company has already proven that it can design good metallic phones with the Galaxy Alpha and the Galaxy A series. The next logical step would be to release a metallic flagship and that’s where the Samsung Galaxy S6 comes in. Naturally, this is just speculation for now, so keep that in mind. As for the leaked render, it goes without saying that is should be taken with a healthy pinch of salt, much like all the other leaks. That said, it would be interesting if Samsung were to launch an iPhone 6 look-alike, wouldn’t it? In any case, Apple fans are likely already having a field day thanks to this image.

The Samsung Galaxy S6 currently doesn’t have an official release date, but it’s almost certain that we’re going to see it on stage at the MWC 2015. The event is scheduled to take place between March 2-5 and should also serve as a launching pad for another highly anticipated flagship smartphone, HTC’s One M9, otherwise known as HTC Hima. It was previously rumored that the LG G4 will also be unveiled at the show, but this rumor was dispelled by LG late last month.