Nobody cares, but the HTC One A9 is coming in a week 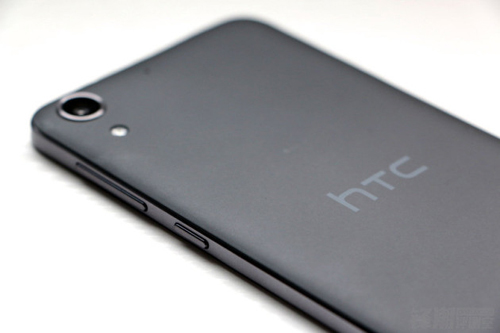 Nobody cares, but the HTC One A9 is coming in a week

HTC is having a pretty rough year after the HTC One M9 family of devices failed to impress customers everywhere, leaving them disappointed in design, features, marketing, price and specs. The Taiwanese company is not giving up however, although it might end up where BlackBerry is right now in the end. With fewer and fewer people talking about the company, HTC has to do something if it wants to stay afloat in the smartphone industry. The HTC One A9 is the first attempt at changing things and comes as a mid-range smartphone. The HTC One A9 release date is set for October 20, but nobody seems to be interested, especially since the mid-ranger is expected to be the only one at the show.

According to reputable OnLeaks, the HTC One A9 will look more like an iPhone 6 than anyone would have expected, and that’s not a good thing. While the HTC One M8 was one of the favorites on the market when it comes to design, the HTC One A9 is disappointing. While it’s good that the company is embracing change, copying Apple design for it, and in a bad way at that, is not the way to go about things. Backlash towards the new HTC One A9 is already obvious, as Twitter and other social media posts emphasize that the device is plain… ugly.

Although smartphone design is certainly moving ahead, HTC seems to have taken a step back with the HTC One A9. Aside from the boring aluminum design, the device looks asymmetrical due to the button and port placement of the bottom, as you can see in the pictures. The microUSB port is not in the center, the speaker grill is like those on iPhones, but worse and the entire design of the phone seems like a failed attempt at making an iPhone 6 clone. The slightly rounded edges and the thick black bar that reads HTC, as usual, is not helping the design situation of the HTC One A9.

Hope in the community is that the leaked images are just for a dummy prototype unit that is not the final model of the HTC One A9. Although that sounds reasonable, since the One A9 release date is just a week away, it’s unlikely for it to be fake. At the same time, some are hoping for this phone to be launched as a very affordable mid-range that compensates for its ugliness with a multitude of features, a large battery and a nice camera. Based on the leaked HTC One A9 specs sheet, that might not be plausible either.

Most leaks suggest that the HTC One A9 display will measure 5-inches and will have a nice 1090*1920 resolution. The phone is codenamed the HTC Aero because its lightweight body and thin chassis work together to make the phone a bit more appealing, and of course, more similar to the iPhone 6. Although HTC was the original antennae line patron, it still seems like a step back to incorporate them after Apple made them popularly recognized. Still, the display seems pretty nice, although that useless black bezel on the bottom is stupid.

Under the hood, the HTC Aero will feature a 64-bit Snapdragon 617 CPU, backed by 3 GB RAM and 32 GB internal storage. The microSD card slot and dual SIM card slots should be appealing hardware features of the phone, as they offer better connectivity and storage expansion. The HTC One A9 will also feature 4G LTE and fast charging for the 2150 mAh battery that is said to be on board. The camera setup is interesting, as leaked HTC One A9 benchmarks place the rear camera at the 13 MP count with dual-tone flash, optical image stabilization and autofocus and the front camera at 5 MP.

While the HTC One A9 specs are interesting and appealing for a mid-range handset, the design is atrocious. If HTC wants to sell this phone (and it intends to, based on the various color options that will be available), the company needs to price it well. If the HTC One A9 price goes over the $400 mark, it is unlikely that anyone would buy it, because you can find better-looking smartphones with similar specs for a much more affordable price tag. Anyone looking forward to this phone?