Gamers, you’re going to be impressed by this. I’m sure many of you are familiar with last year’s Razer Blade gaming laptop, but the Razer Blade 2015 will blow your mind; at least that’s what it did to mine. It’s no secret that I’m a fan of convertibles because I love multi-functionality, and it seems Razer is seeing that in their customers, too. Convertibles like the Asus Transformer Book T100, Microsoft Surface Pro 3 and Lenovo Yoga Pro 3 aren’t meant for gaming, even though you can pull off a few sessions on them. The Razer Blade 2015 is made with gaming in mind, but the company decided that it would be neat to put a touchscreen on there, too, so you can enjoy any type of games you would like.

The Razer Blade 2015 comes with a 14 inch touchscreen with a 3200*1800 resolution, which is absolutely awesome and probably the biggest convertible device on the market right now. But that panel is no IPS LCD or Super AMOLED thing, it’s an Indium Gallium Zinc Oxide panel that is the best you can get right now when it comes to touchscreen displays. If you’re not fascinated by now, you’re not my kind of peeps. I’m joking of course, we love all our readers. If you’re not impressed, your spidey senses should at least get a tingle at the NVIDIA GeForce 970M GPU that’s running the show in terms of graphics. 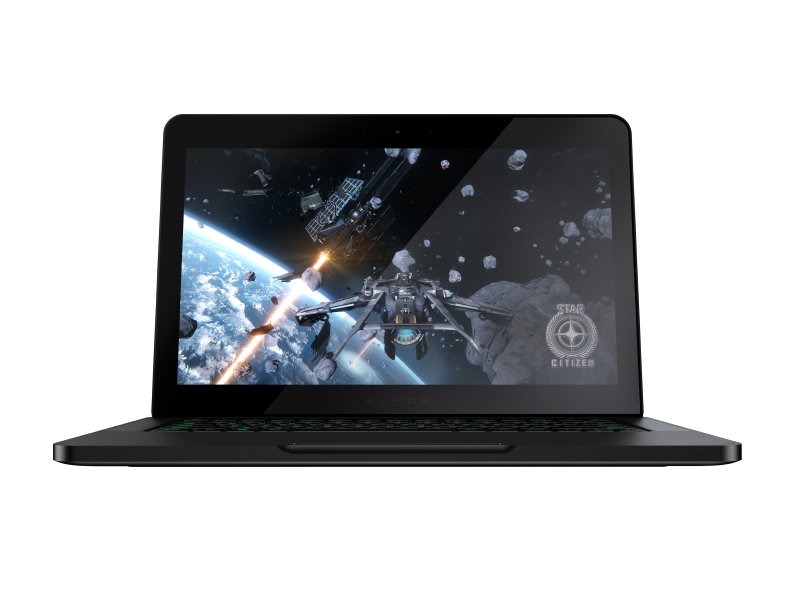 The high-end Razer Blade 2015 comes with an Intel Core i7 quad core CPU with Hyper Threading that goes up to 3.66 GHz in Turbo, 16 GB DDR3L RAM memory and your choice of SSD storage. The behemoth is powered by a 70wH battery which will supposedly handle the QHD resolution panel pretty well, but we haven’t had the chance to test those claims out yet. We’re looking forward to it, though! The neat thing about the Razer Blade 2015 is that it’s capable of swapping between the high-performance NVIDIA GPU and the integrated Intel graphics, so that you can conserve some battery life when you need it.

The Razer Blade 2015 is rather expensive, as the starting price is $2,200, but it might just be the perfect Valentine’s Day gift for your gaming sweetheart. You could always opt for the no-touchscreen 1080p version Razer Blade, but that just wouldn’t be as outrageous as this one. Remember that this gaming laptop is a bit on the heavy side, as it weighs over 2 kg. I wouldn’t complain, though, as my Volvo laptop is over 6 kg, so if anyone is thinking about surprising Charlotte, a lightweight laptop is welcome. Which game would you play on the touchscreen-endowed QHD Razer Blade 2015?

Want to buy a OnePlus One? OnePlus is giving away 20,000 invites
iOS 8.2 said to start rolling out in March and bring Apple Watch support