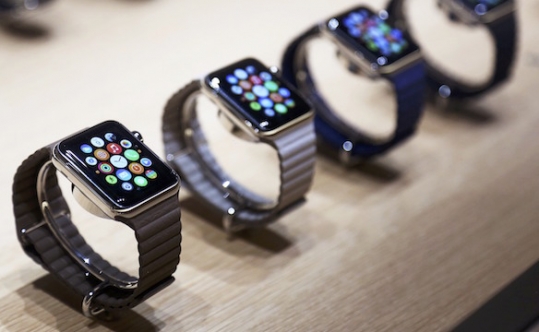 The Apple Watch has stirred quite the crowd in the past few months, ahead of its release and after its release. Since this is the first completely new Apple product in quite a few years, everybody was excited to see the new Apple Watch in action on their own wrists. Apple has had a great year, as the iPhone 6 Plus and the regular iPhone 6 quickly became the best selling smartphones of the year. That victory might be meaningless soon as analysts say that judging by the state of affairs right now, Apple might sell more Apple Watch units this year than iPhone units.

Although that assumptions seems far off, analysts from Piper Jaffray think that the Apple Watch will sell more units in its first year than the iPhone did when it was launched in 2007. Apple sold about 5.5 million iPhones in the first year, and the Apple Watch seems to be well on its way to dethroning that. Although the marketing strategies of Apple seem to be paying off, there are still many skeptics out there who are not convinced that wearable devices have a true purpose and can be necessities in life. I tend to agree with them, as accessories can’t be considered necessities.

Regardless, Tim Cook is positioning the Apple Watch as a revolutionary device (even though it’s not, it just has potential to be) and it looks like it’s working. People are most fond of the Apple Watch Sport edition, because it’s the cheapest option out there with a price starting from $350, That’s already pretty steep compared to other wearables, but the fact that the Apple Watch is unique with its own operating system, its haptic feedback engine, the heart rate messages that you can send and the huge Health platform that many companies are getting on board with.

The Apple Watch battery life and cross-platform compatibility issues are the main problems users have found with the gadget so far, aside from a general sluggish behavior and a few connectivity issues here and there. Since the Apple Watch is a first edition, most people were expecting bugs and issues to surface and I’m sure even Apple knew that there would be problems with the device. Although it has great potential, the Apple Watch might not be all that jazz unless the company makes it truly a necessity that’s not connected to the iPhone. That’s a long shot, as the Apple Watch is mainly marketed as the perfect companion for the iPhone. Employees in Apple stores are trained to convince people to buy an iPhone, and the Apple Watch as well. Not to mention other Apple products. The whole affair is about the ecosystem, which is now officially growing bigger and bigger. The Apple Watch has a good shot at hitting 6 million units sold this year, but these predictions will only be confirmed about a year from now, when sales numbers are released. Since there have already been more than 2 million preorders for the Apple Watch, we’re pretty confident. Do you think the Apple Watch really has a purpose or is it just a gimmick?