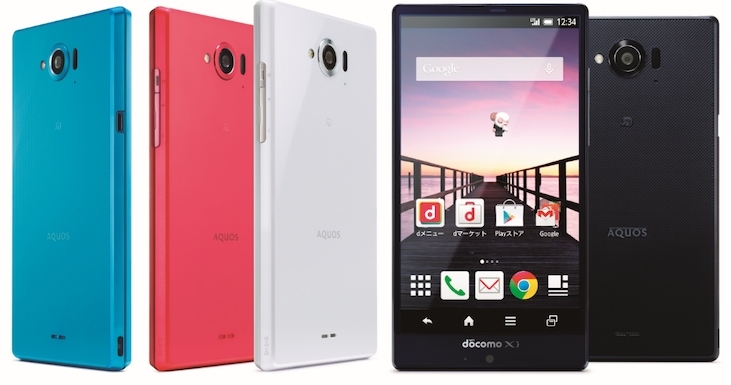 The Sharp Aquos Zeta can already be preordered on Docomo, the biggest Japanese carrier, but we don’t know if the phone will come to the United States anytime soon. We’re awaiting a response from Sharp to clarify that issue, but until them, we’re confident that it will be launched in North America this Summer. The Aquos Zeta is so far the most stylish version of the bezelless smartphone that the company made so popular last year and the specs are flagship-level, indeed.

The competition is fierce this year, with the Galaxy S6 and Galaxy S6 Edge leading the pack, followed by the iPhone 6 and iPhone 6 Plus, HTC One M9 and the most recent of them all, the LG G4. If you think that smaller, lesser-known companies can’t possibly become as popular as these multinational ones, you’re part right. The marketing and press coverage for new players is alarmingly low, so we’re going to try and turn that around.

The Sharp Aquos Zeta has a very good shot at becoming a niche-favorite and replacing the Galaxy S6 Edge as the most innovative smartphone. Three sides of the phone have virtually no bezels, which is quite surprising. That trait was present on predecessors, too and people found it a wee bit hard to get used to flipping the phone upside down in order to use the front properly. The Aquos Zeta keeps that quirky awkwardness, so you will still have to flip the phone, but at least you’ll be able to look at the phone and say, like Johnny Bravo once did: She wants me.

Now the Aquos Zeta doesn’t shine exclusively in the design department. It actually shines in almost every department, as it comes with a beefy 3000 mAh battery, a 13 MP camera on the rear complete with OIS and slow-mo recording, a Snapdragon 810 CPU, 3 GB RAM, 32 GB internal storage, a 5.5 inch IGSO display with a 1080p resolution, DTS dolby surround sound and some nifty new LED lights on the side, that light up the way the Galaxy S6 Edge edges do… So it’s pretty neat. But the best feature should definitely be the fact that it’s waterproof, something that people have missed on the Galaxy S6 and S3 Edge.

Although the Sharp Aquos Zeta is a bit on the thick side, it’s still one of the most appealing bezelless smartphones we’ve come across and we hope that it comes to the United States as soon as possible. The phone will be launched at the end of the month in Japan, so we’re going to find out more about pricing and availability in a couple of weeks! Until then, enjoy the Sharp Aquos Zeta hands-on video which we can’t translate right now.  Use the subtitles!

Samsung Galaxy Alpha vs Moto G: why bang for buck matters
Xbox One vs PS4 – Microsoft is closing the gap, but Sony still reigns supreme