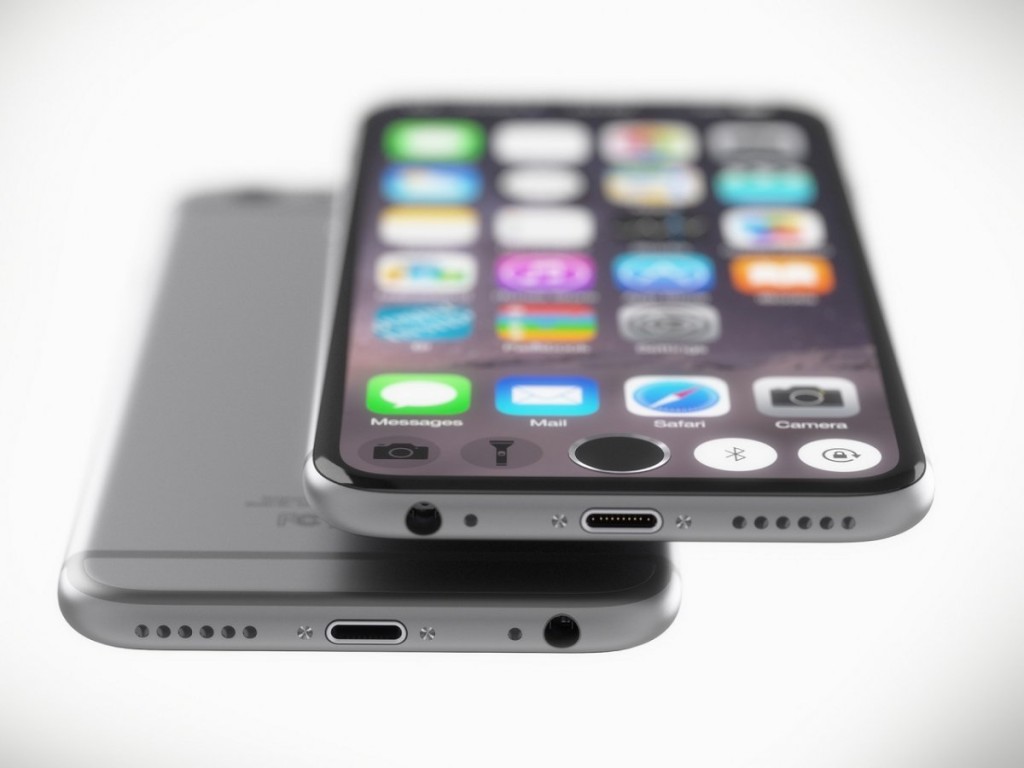 Apple has just released the iPhone 6S and iPhone 6S Plus as improved, upgraded flagships to follow the successful adoption of the iPhone 6. While many may not be interested in upgrading from the 6 to the 6S, waiting for the iPhone 7 instead, others find that the new releases from Apple are more appealing than last year’s model. None of that will matter though, as a new theory about the iPhone 7 design has come to light. Foxconn is reportedly in talks with Sharp to help the company get back on its feet, but buy a considerable amount of shares of it.

Apple is also mixed up in the Sharp acquisition talks, as the Cupertino giant had investment quite a lot of money in the company in 2012 so that it could commission its smartphone displays. This time, Apple might be once again backing Sharp’s display technology department in order to avoid further hurdles in finding display suppliers on such a short notice. The iPhone 7 should be entering production at the start of the next year, which is why the possible spin-off of Sharp Display should happen by then.

Talks between Foxconn, Apple and Sharp have been going on for the past few months, but just now has the involvement of Apple in this deal come to light. In light of these developments, there’s a distinct possibility of Apple and Foxconn working together to get a majority stake in the company and thus get a great deal on displays for the iPhone 7. Sharp’s Display technology has stirred the community up a bit last year as the company released two Sharp Aquos Crystal smartphones with no bezels on the sides and on the top of the phone.

The Sharp Aqcuos Crystal and its larger sibling are both affordable mid-range smartphones with their bezelless appearance being their selling point. Apple might be using that technology when designing the iPhone 7 if the Sharp spin-off is successful and that leads us to believe that the Cupertino giant might be planning to silence all the haters that say the bezels on the iPhone are too large by releasing a bezelless iPhone 7.

Concept renders of the iPhone 7 that showcased a design with no bezels and with TouchID embedded in the display were among the most popular concepts before the iPhone 6S was launched and since they haven’t materialized, we can still hope to see something similar in the future. Apparently, if Apple goes into the Sharp buy-out, the company will have more control over its supply chain for display technology and will have the opportunity of experimenting with high-end displays.

I would sure like to see a bezelless iPhone 7 released next year, and my guess is that you guys would like that too. The iPhone hasn’t stood out in terms of design too much, if you don’t consider the premium materials, but if the iPhone 7 will look like a Sharp device, the company has chances to become even more powerful in the Android realm, as Android fans are the ones who most enjoy post-modern smartphone design, if we can call it that.

The iPhone 7 release date is still a way ahead and we’ve to wait about another year to see Apple unveiling another portfolio of devices. Nonetheless, leaks about Apple’s plans for the phone have already started flowing, demonstrating that people will never get bored of new technology. The iPhone 7 is an interesting device to speculate about, too, since Apple has tons of patents that it might be able to use in the handset. A joystick, TouchID embedded in the display, 3D touch, augmented reality, motion tracking and other high-tech features might end up turning the iPhone 7 into the true innovation it never was.

Information about the Sharp Display issue is still scarce, as all the companies involved are trying to minimize losses and maximize profit margins. The decision should be final by the end of the year, but negotiations are still ongoing. Until we find out more about the conclusion, it’s interesting to imagine an iPhone 7 with absolutely no bezels, isn’t? Since we’re on the features topic, lets see what other things the iPhone 7 might bring to the table.

Apparently, Apple is going to position the iPhone 7 just as it did the iPhone 6S, using a premium design that incorporates aluminum and magnesium to make the phone light as a feather. Moreover, the new Apple A9X or A10 chipset will be part of the configuration and people familiar with the matter tell us to expect at least 3 GB RAM of the iPhone 7. Storage options will most likely stay the same, but NFC will by this time be opened up to third-party applications everywhere.

The iPhone 7 is still just a concept and Apple hasn’t spoken about what its goals are for the next release. This Sharp negotiation with Foxxcon is one of the only solid leads as to what the company is planning for the next flagship. As time passes, I’m sure other information will come to light and by the time we cross the border between this year and the next one, we should have a better idea of what to expect from the iPhone 7.