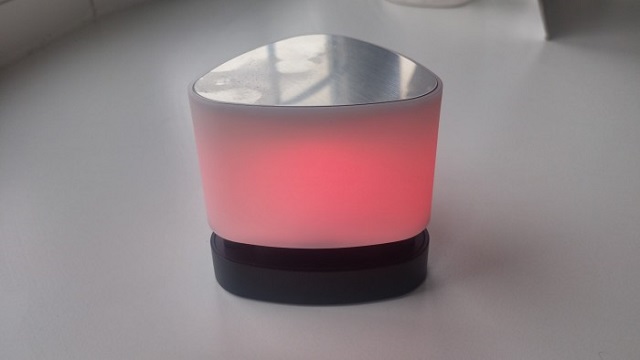 I think it’s safe to say that Bluetooth speakers aren’t all that popular yet, but maybe that’s just because most of them are being manufactured by Xiaomi and people need a little bit of variety in their lives in order to make things more interesting. Luckily, another Chinese company named Ovevo stepped up to the plate and recently launched a very nifty Bluetooth speaker dubbed Fantasy Pro Z1. We were able to test out the device for quite some time and are now ready to share our thoughts with you so check out our review for the Ovevo Fantasy Pro Z1 Bluetooth speaker down below.

The packaging for the speaker is not all that flashy, but it gets the job done considering that our review unit arrived in one piece. Aside from the Ovevo Fantasy Pro Z1 itself, the box also included a user’s manual, a micro-USB cable, an AUX cable, and a card containing a QR code that you can scan to download the free app that goes with the Bluetooth speaker. Once you finish installing the app, it’s just a matter of turning on Bluetooth and pairing your mobile device with the Pro Z1. Once that’s done, the speaker can then play music directly from your phone or from the web and you can also use the aforementioned app to change the color of the Ovevo Fantasy Pro Z1.

Aside from being a Bluetooth speaker, the device also acts as a lamp with RGB LED, which means that you have a massive amount of color options to choose from. You can also turn the brightness up and down, set alarms or choose an effect for the lighting, such as flashing or pulsing. All in all, there are a number of useful features here, though some might find the Ovevo Fantasy Pro Z1 a bit too fancy due to all the lighting effects. That said, this speaker/lamp hybrid was designed as a bedside companion for children, so just keep that in mind.

The Ovevo Fantasy Pro Z1 is mostly made out of plastic and sports a very interesting triangular design. Plastic aside, the Bluetooth speaker does feature a stainless steel touch pad on the top and the bottom is made out of rubber for the most part. The touch pad can be used to circle thtough a few of the available colors and also to turn the speaker on or off. However, it’s not all that sensitive due to the steel so you may have to press a little harder if you want to make good use of it. I would suggest simply using the smartphone app instead, but if that’s not an option for some reason you can definitely make due with just the pad alone.

On one side of the Ovevo Fantasy Pro Z1 you will find the AUX jack and the micro-USB port, while on the opposite side there’s a microphone if you want to use the speaker for hands-free calling. As for the bottom part, Ovevo’s decision of using rubber was definitely wise because this allows the speaker to stick firmly to pretty much any type of surface you place it on. Also on the bottom you will be able to find a Bluetooth LED that tells you when the device is connected, as well as the play/pause, forward, back, and volume buttons.

When it comes to the actual sound, there aren’t that many small Bluetooth speakers that can match the Ovevo Fantasy Pro Z1 in terms of volume. The clarity of the audio is pretty good as well all things considered, however, the loudness was definitely what impressed us the most. That said, I would recommend not cranking the volume all the way up because the speaker tends to vibrate a lot and will even start moving if you go all out. But while the audio quality is pretty impressive coming from a miniature device like this, the battery life could certainly do with some improvements. You can get a few good hours of playing time, but don’t expect more than 5 or 6 and that’s with the lights off and the volume to a moderate level. However, if you don’t play any music and use the Fantasy Pro Z1 as a regular lamp it should last a whole night under normal circumstances.

The Ovevo Fantasy Pro Z1 can currently be found at various retailers for around $25. Is it a perfect Bluetooth speaker? No, but the device does offer a lot for such a modest price. As mentioned earlier, this speaker was intended more for children, but after having it around for several days I can tell you that adults will definitely be able to make good use of it as well. With a few improvements the Ovevo Fantasy Pro Z1 could become an excellent speaker, but in its current state it’s ‘just’ good. Then again, that’s pretty much an ideal scenario for a Bluetooth speaker that only costs 25 bucks.