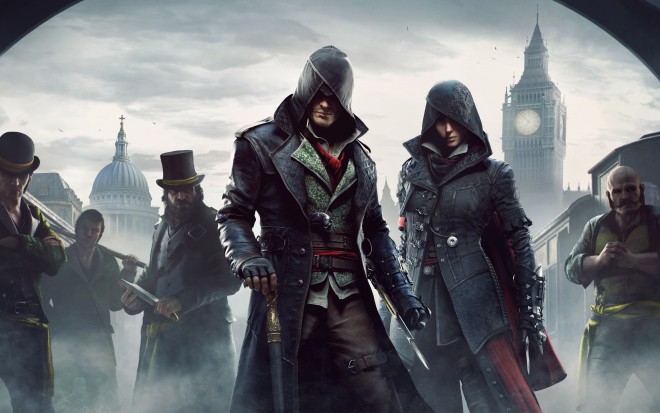 Colin Furze, a British enthusiast of movies and video games has a passion to make all kinds of geeky gadgets which ultimately led to a partnership with Ubisoft, the company who is behind Assassin’s Creed Syndicate production. He partnered with Ubisoft to create fully functional versions of two assassin gauntlets in real life.

Colin also released a video on his YouTube channel on Friday showing off his newly built gauntlets. The rope launcher is powered by a carbon dioxide canister, so anyone could consider building one at home and it actually works, even though the rope launcher is slow to lift Colin into the air, it eventually gets the job done.

The hidden-blade gauntlet is far more deadly and useful, because the blade extends and retracts at the smallest move of the wrist and allows Colin to slice his way through sheets and grain bags, quickly and effective. It is even scary to think about someone considering to use the hidden-blade gauntlet on an actual person, because it seems quite deadly.