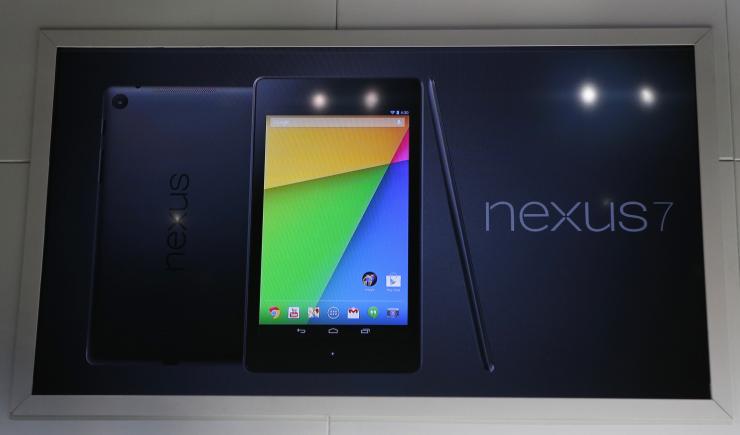 Google’s Nexus tablets remain some of the most popular Android tablets on the market and followers of the product believe that the series may receive a new entry this year. Google has kept their cards close to their chest when it comes to releasing information about the Nexus 7, but a recent leak with the code name “Taimen” may suggest more information about the upcoming tablet.

Though the Nexus tablets are still fan favorites, interest in the tablet has been dying down a bit due to lack of significant news. A speedy release of the Nexus 7 could really breath new life into the product lineup and be a big winner for Google. There have been a total of three leaks, Walleye, Murkie and Taimen. Experts expected two of them to be 2017 versions of the Google Pixel phone, and with those two announced it’s looking like Taimen could hint at the ongoing development of the Nexus 7.

There are rumors that the upcoming tablet will be a successor to the Pixel C tablet, but Google is retaining their Nexus branding. The tablet is expected to pack some serious tech, which leaves fans excited and eagerly anticipating more news and a release date.

A Qualcomm Snapdragon 835 chipset is expected to run the device, which isn’t surprising as the recent trend in most mobile technology is to include this powerful product. The Qualcomm Snapdragon is the fastest mobile chip on the market, so the news that it will be included in the Nexus 7 is especially exciting. There will also, reportedly, be 6-8 GB of RAM.

The leaked codenames were also listed on Google’s Android Open Source Program Gerrit which makes experts think that the information is pretty reliable. The operating system for the Nexus 7 is expected not to be Chromebook OS or Android, but rather a combination of the two known as Andromeda OS. Andromeda is a recent project started by Google that may lead to a universal operating system across devices in the same vein as Windows 10.

There’s no word on an exact release date, but considering that Project Taimen was leaked along with two other codenames that turned out to be the Pixel phones, it’s likely we’ll see a release date this year. If the Nexus was in development at the same time as the Pixels (which released in late 2016) the release date could be right around the corner!