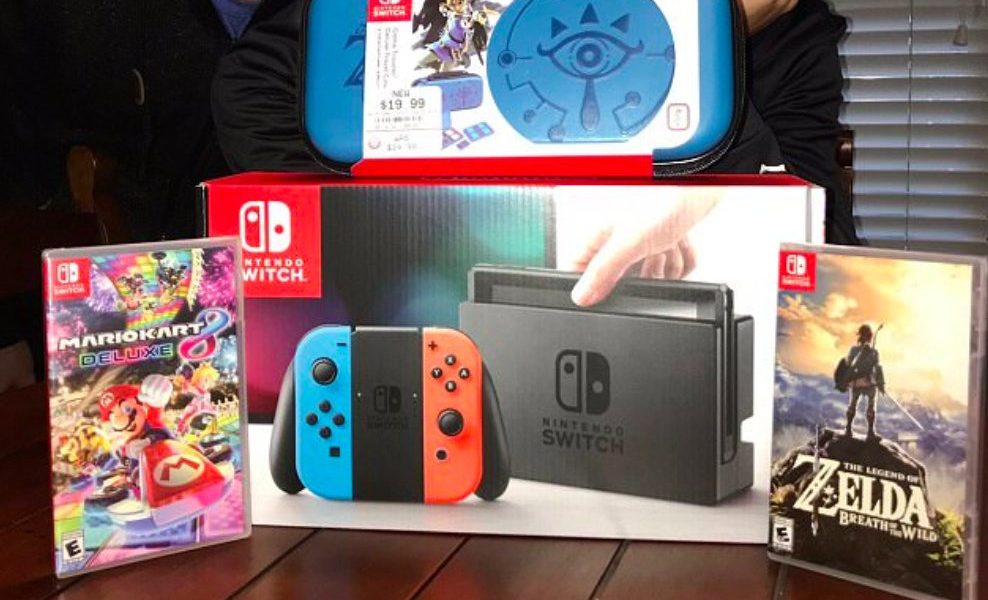 Christmas is one of the most important times of the year for many people. Mainly because we see a lot of acts of kindness from some people that drives the general public to tears. ‘Tis the season of giving, after all, and the students of this proud teacher at Volcano Vista High School in Albuquerque, New Mexico know this.

Professor Nathan Neidigk has seen a lot of tragedy in his life quite recently. He, unfortunately, lost his wife a few years ago and recently had to deal with the catastrophic news that his three-year-old son Mikey has Leukaemia. This reminds me of the son of the developer of Axiom Verge, which is currently getting helped as well.

Sadly, the costs of the medical bills over the next 3 and a half years meant that Neidigk has had to leave the dream of giving his son a Nintendo Switch on Christmas to another time. The students of the class soon caught onto this information and decided to give him a surprise I’m sure he’ll never forget.

The students gathered and soon they managed to get $475 USD to buy a Nintendo Switch. Not only that, the console came with The Legend of Zelda: Breath of the Wild and Mario Kart 8 Deluxe. After buying Nintendo’s hybrid console, they surprised the teacher at the start of his class.

The video speaks for itself folks, you can even see Mr. Nathan having a hard time holding back his tears. Commenting that this will be the perfect gift for his son during his stay at the hospital for his chemotherapy, what a man.

Kayla Yaksich, one of the students of Neidigk’s class commented that this was an early Christmas gift for her professor. Mentioning that she was in tears the whole time while the professor was unwrapping his gift.

People, don’t ever forget that Christmas is a season of giving, the best gift you can give to a person is hope. And if you want to help a good cause, you can throw a few bucks at the GoFundMe campaign made to help Nathan pay his son’s medical bills.