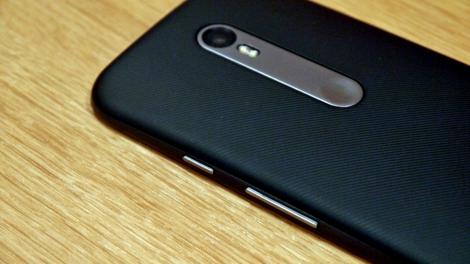 The new Motorola smartphone line-up was said to be very important in the history of the company, capable of making or breaking Motorola as an international big player. Motorola launched quite a few new phones, including reboots for the acclaimed Moto X in the form of the Moto X Style and Play, as well as the new Moto G 3rd gen, which is the best release this year. The new Moto G 3rd gen aims to improve everything about the previous edition, the Moto G 2014, and does it gracefully, already having hundreds of positive reviews online and in the press.

With the Moto G 3rd gen, Motorola is not only trying to give people affordable Android smartphones that can fulfill the purposes of daily drivers, but also stylish, powerful and durable options to current smartphones out there. When the Galaxy S6, HTC One M9, LG G4 and iPhone 6 prices are upwards of $500 for unlocked phones, the Moto G 3rd gen price is a breeze. Not only is it cheap at $187  for an unlocked unit, but it also comes with excellent bang for buck. That means that Motorola managed to create a smartphone that compromises little to be affordable, and that’s not something you see very often with mainstream manufacturers.

Chinese manufacturers like Mlais, Doogee, Mstar, Elephone, Ulefone and others can easily compromise on their design or performance, and stay super-affordable at the same time, but their compromises usually involve users switching phones after a year or two. The Moto G 3rd gen price and performance are not compromised in any way, and compared to the Moto G 2014, they are future-proof. Most people who will buy the Moto G 3rd gen might not have to upgrade their smartphone collection for another 2 or even 3 years, seeing as Motorola packed every necessary feature into the new mid-ranger. Although the Moto G 3rd gen and Moto G 2nd gen are not intended to be flagships, they both enjoy the popularity of a flagship, which denotes quality. 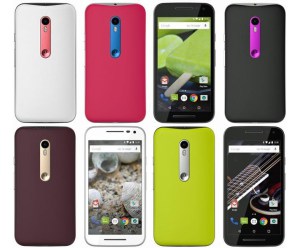 The Moto G 3rd gen is a clear upgrade to the Moto G 2nd gen and it improves in key areas that were a problem with the predecessor. Before getting into the differences, let’s see what the new Moto G 3rd gen design, specs and performance have to offer. Since reviews are mostly positive and people are already hyped about the new mid-ranger, you must already know that the Moto G 3rd gen is an interesting arrival on the scene, and you should check it out regardless of your purchasing intentions. To get a grasp of where mid-range phones lay in the current industry, looking at the Moto G 3rd gen is the perfect way to see where they are going.

Motorola decided to go simple with the Moto G 3rd gen, and their decision seems to be paying off. People have been saying that they would rather have a better battery life than a neat, premium design, and the Lenovo-owned company took their requests into consideration and acted upon them. Companies like Motorola are not always known for trying to please fans, but with the Moto G 3rd gen, Motorola is certainly trying to prove that they are in fact listening to customers, which is good.

No matter where you look, the Moto G 3rd gen is improved. Although the display is the same as on the Moto G 2nd gen, everything else has received a refreshing new style and property, which make the 2015 Moto G quite appealing. The overall design hasn’t changed that much, but the small changes do give the Moto G 3rd gen design a more appealing finish. It comes with the same plastic case with a removable back, but the speaker grills on the front have been replaced by curved dimples that look and feel better. Moreover, Moto Maker is now available for Moto G 3rd gen, which means you can pick and choose your back panel and accents’ colors and materials. 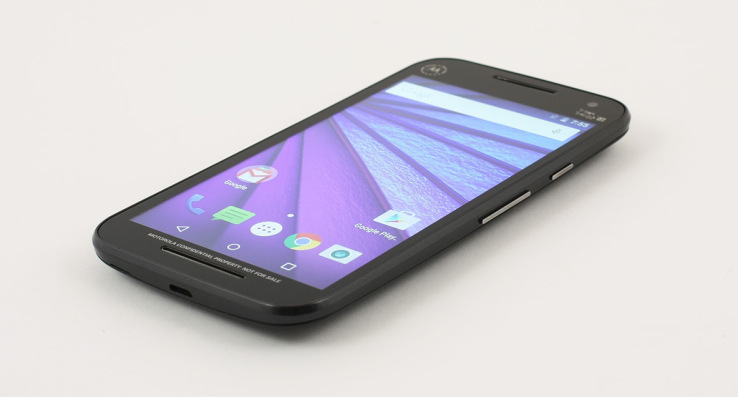 The back of the Moto G 3rd gen comes with a metal panel that holds the camera and flash and acts as a design element atop of the Motorola logo dimple in the middle of the phone. Button placement is on the right, which is convenient for its 5 inch 720p display, and the materials of the phone benefit from something extra. The Moto G 3rd gen is not waterproof, but it does come with an IPx7 certification, which means it’s water resistant to a certain degree. That in turn means that dropping it in water, splashing it with water or getting rained on won’t destroy your phone, which is a must feature for phones released in 2015.

These few features of the Moto G 3rd gen are already pointers that the Moto G 2nd gen can be called outdated. The 2014 Moto G isn’t water resistant, it doesn’t work with Moto Maker and it doesn’t have the neat metal accent on the back. As I said earlier, although changes are minor, they do bring out the best of the Moto G 3rd gen. With the appealing design, you would have expected a slightly better screen, but hey, Corning Gorilla Glass 3 and 720p isn’t that bad for the price. If you consider the rest of the specs of the Moto G 2015, you won’t be that focused on the display as to turn its inferiority into a deal breaker.

Compared to the Moto G 2014, the Moto G 3rd gen gets a slight bump in specs. Instead of the Snapdragon 400, it comes with a 64 bit Snapdragon 410 with an improved infrastructure that promises better performance than what we can observe on the Moto E. Although it’s the same processor as on the Moto E 2015. the Moto G 3rd gen CPU has been tweaked and upgraded to be more powerful and last longer. It is backed by either 1 or 2 GB RAM, depending on how much internal storage you want. You can choose between 8 and 16 GB ROM, but you also have a microSD card slot available for extra expansion. If there were a removable battery in the Moto G 3rd gen, many people would have been even more excited, I believe. 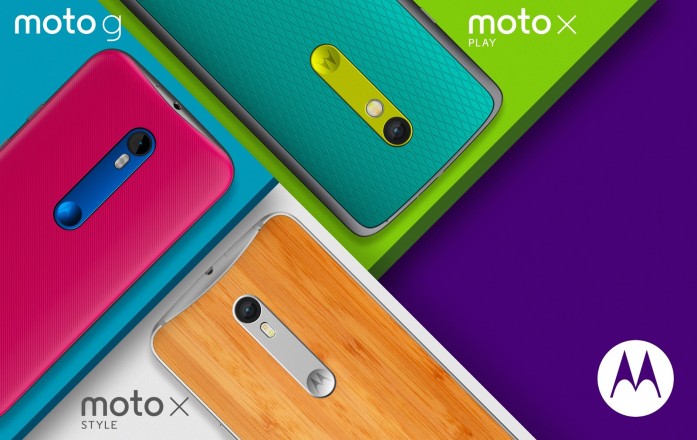 The Moto G 3rd gen battery also received a big upgrade compared to its predecessor, measuring 2470 mAh instead of the 2070 mAh of the 2014 edition. Although wireless charging is still not present (which is a bummer) and wireless charging has not been adopted, the bigger battery and improved processor should eventually lead to a three-day battery life on moderate use. In our experience, the Moto G 3rd gen lasted very well when it comes to intensive use, handling up to 6 hours of screen on-time, which is something you rarely find, especially in the mid-range category.

Although the upgrades are minimal, the Moto G 3rd gen is demonstrating in real time that affordable smartphones can be future-proof. The presence of stock Android 5.1.1 Lollipop, 4G LTE, dual SIM card slots and Motorola’s own application suite make the new device a versatile and practical gadget that boasts with excellent performance records. Although there’s always room for improvement, the bang for buck on this one demonstrates that a phone doesn’t have to cost $500 to qualify as a quality daily driver for the average smartphone user. Anyone looking for a budget smartphone with mid-range specs should pick the Moto G 3rd gen up. You won’t be disappointed.

The new smartphone line-up from Motorola, including the Moto X Style, Moto X Play and Moto G 3rd gen is definitely a “make” and not a “break” , as some suggested. Motorola is not failing and it’s actually beginning to do better than HTC is, which is unsurprising to many. The new Moto G 3rd gen is made with fans in mind, and the only thing that could turn the tables for Motorola at this point would be a rubbish shelf-life or false advertising when it comes to the waterproof certification. These things still need to be tested by the public, so even though the Moto G 3rd gen is already a good phone, we should wait a couple of months to pronounce a final verdict. At the moment, we’re leaning towards “make”, clearly, but you never know.