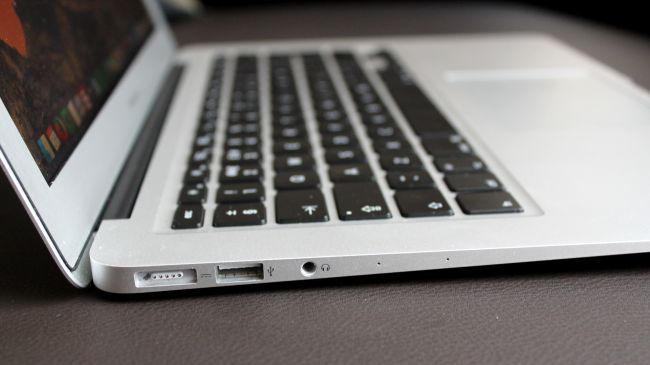 It was surprising when Motorola launched the new Moto X Style, Moto X Play and Moto G so early after last year’s models. The initiative denotes a clear competition between manufacturers to be the first ones to launch new devices. These tendencies are usually tied to Apple, because manufacturers want to get ahead of the leading company in tech with early releases. It looks like Apple noticed this tendency and is prepping its own response strategy. Apparently, the new MacBook Air 2016 i8s going to be the first Apple device to change its release cycle and launch earlier than expected. Although the MacBook Air 2016 was expected to appear on Apple sites in March 2016, rumors suggest that Apple is ramping up production and the notebook will be on store shelves by November 2015, just in time for the Holiday season.

Although the 2015 MacBook Air has just been launched and reviews have just been published a week or so ago, it is said that Apple is already planning the next MacBook Air to be launched as early as October 2015. The reviews for the fresh MacBook Air aren’t exactly positive, many condemning the lack of change and the repetitive features, not to mention the high price of the device. With the base model that costs almost $1000, one could buy a MacBook or MacBook Pro with a Retina display and both offer much better features and have more appealing new properties.

The MacBook Air this year was a disappointment, which is fueling rumors about the successor trying to fix the issue the predecessor created. According to Apple insiders, the new MacBook Air 2016 will improve on all aspects that the previous model failed to improve on, including design, display, performance and features. They say that the 2016 MacBook Air will actually have Force Touch incorporated into the track pad, while the comfort mounds will be left alone. The keyboard and trackpad will largely stay the same and the measurements will also stay. But Apple is going to improve on weight and thinness and the new MacBook Air is said to become a record-breaker in the notebook/ultrabook department.

The dispaly of the 2016 MacBook Air will also be improved so that the 13 inch panel matches the MacBook Pro’s panel when it comes to resolution and quality. The backlit keyboard is going to stay, but unlike the new MacBook with USB Type C, it will remain clicky and textured, which is a trait Apple fans seem to enjoy more than the rigid keyboard of the new MacBook. USB Type C will also be included in the new build, and more ports will be added to the mix than with the current MacBook Air.

Although some say the same fifth generation Intel Broadwell chips eill be present in the base models, the higher-end models of the 2016 MacBook Air are said to introduce a new player to the field, although the player itself remains unknown. Some say Apple is going to delegate chip manufacturing to a new company (Nvidia was mentioned, but that’s unlikely) and is going to use a new architecture to make the new notebook even more powerful. What most people are hoping for is the battery life to stay as good as it is on the current model.

The design changes that Apple is planning to introduce with the MacBook Air 2016 are not that new, but they will be welcomed by fans. The laptop will be made thinner, at about 11.5 mm, which could be record-breaking in the notebook world. The bezels around the display will also decrease in size and their finish will change from the existing reflective one to a matte black one that will make movie viewing much more pleasant. The speakers on the current model are sub-par, and sources say that’s another area where Apple will improve with the newer model.

If Apple truly decides to upgrade so many things about the MacBook Air 2016, I doubt that an October release is possible. A new display, new processor, new internals, new design and new features, Force Touch and improved speakers require a lot of time to implement and engineer. Since the MacBook Air was just launched, that leaves little time for Apple to actually make these changes. Nonetheless, our sources are confident that we’ll be seeing a new MacBook Air on store shelves by Christmas, which leads us to believe there won’t be much upgrading going on.

If the release cycle is indeed correct and the MacBook Air release date is set for October, the new strategy that Apple might be adopting could fail. Although getting ahead of the competition is important, getting ahead means improving, and if improving is done too rapidly and in a rushed manner, nothing good will come out of it. If Apple launches a MacBook Air 2016 with just the improved display, then we might see some improvements in sales figures, as long as the price stays the same. It’s a tricky situation and these rumors should be taken with a grain of salt.