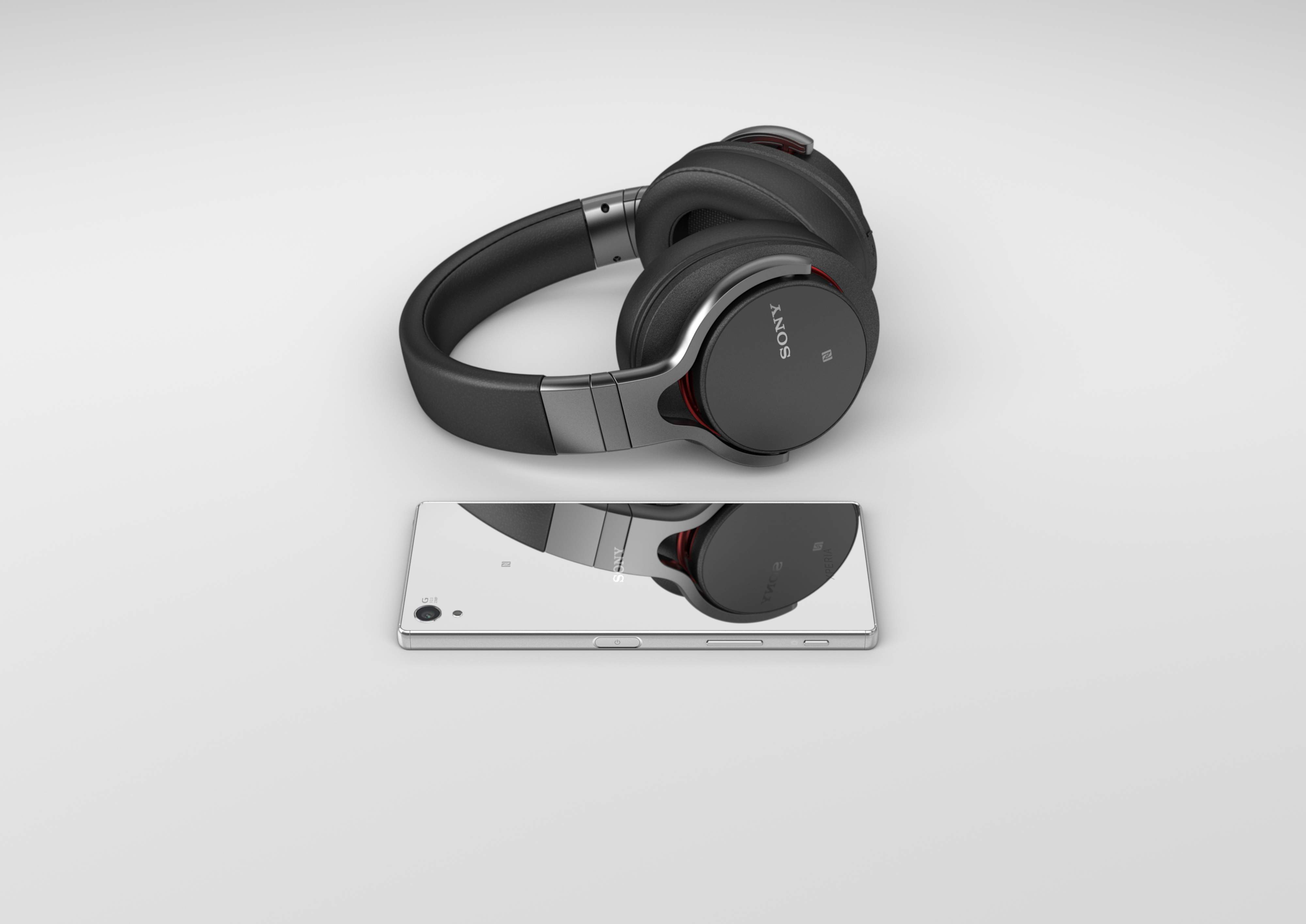 Nobody was expecting it. Sony this Summer released the Xperia Z4 in Japan and the Xperia Z3+ internationally, and nobody thought that the company would release another smartphone until next year. Rumors about it were scarce and few people actually showed interest towards Sony’s mobile division after their last few failed attempts. But Sony doesn’t care and today they proved that their strategy might just work. The Xperia Z5, Xperia Z5 Compact and Xperia Z5 Premium are now official, and the whole affair is a doozy. Tim Cook and Jony Ive should already be worried by now, as Sony really nailed it this time.

While the Xperia Z5 and Xperia Z5 Compact are the more affordable new smartphones from Sony (their prices undisclosed as of yet), they are very similar to the premium model, the Xperia Z5 Premium. But the Premium is what we are interested in and the device with which Sony has just delivered a pretty heavy blow to Apple and its design team.

The Sony Xperia Z5 Premium is beautiful. Many companies were striving to design a premium smartphone that would actually look better than the iPhone 6, but many failed. Samsung adopted a new design that involves a lot of metal and glass, taking after Sony, but didn’t quite make the impression they wanted. The Xperia Z5 Premium makes a good first impression even from far away, and that’s something new for Sony.

Many consider Sony Xperia devices bulky and ugly, but the Xperia Z5 Premium addresses almost every issue anyone could have when it comes to smartphone design. Although the versatility and behavior of the design are still under question as there aren’t any reviews of the phone available yet, first impressions of the all-metal, glass and chrome device are overwhelmingly good. 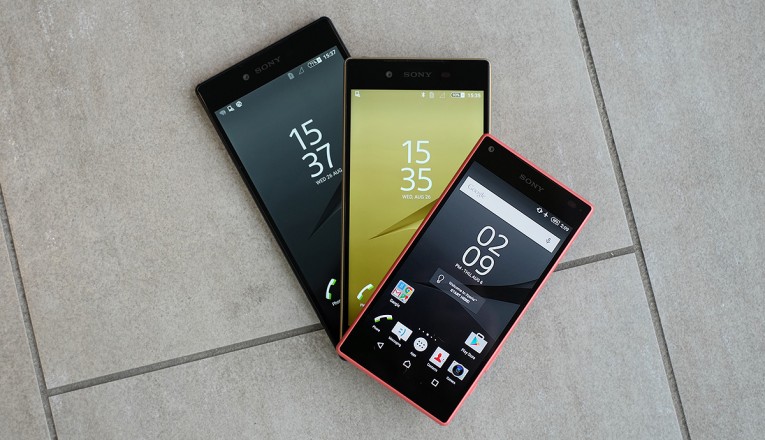 The Japanese company’s smartphone division has been struggling and the company was actually thinking about spinning it off at one point, but the Xperia Z5 Premium looks to have saved the day. Sony’s event today was sparkly and fashionable, and that’s what the Xperia Z5 Premium emanates as well. Naturally, the features and specs of the phone are top-notch, but the design and appearance of the phone are much more surprising and attractive and they give the company’s new flagship a good shot at taking down Apple when it comes to premium phones.

Apple fans are known to love premium design, and the Xperia Z5 Premium is just that: metal case with a glass finish all around, the back panel doubling as a mirror even. Fingerprints are a bit too pronounced on the back panel, but that’s what you get when you use glass. Still, it’s not as bad as it was with the Xperia Z3 or Xperia Z4, so props for making that mirror less smudged-up. The new color schemes that the company chose for the Xperia Z5 Premium are perfect and seem to be perfectly matched with the slightly industrial design of the handset. 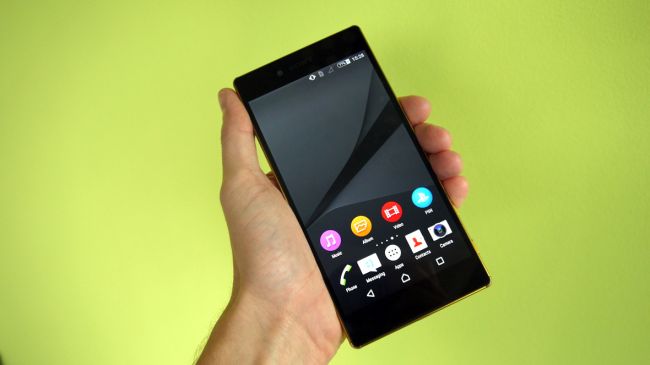 The power button of the Xperia Z5 Premium (and the rest of the Xperia Z5 line-up) has been redesigned and acts as the first new element that the company introduced to revolutionize user experience. The power button has a fingerprint sensor embedded within, which makes biometric security now part of the Sony line-up of devices and a first for the company. The Xperia Z5 Premium comes with an exquisite build covered in a chrome or gold finish on the sides and with black dominating the rest of the body of the phone thus giving it a decidedly fashionable and premium appearance.

Xperia Z5 specs are just as spectacular as the design, but we have to note that hardware-wise, Sony hasn’t changed much. The Xperia Z5 Premium comes with a a Snapdragon 810 CPU, 3 GB RAM and 32 GB expandable internal storage. Android 5.1.1 Lollipop is on board with Sony’s own skin on top and the latest version of the OS seems to be working with what Sony has done just fine, based on first impressions of the device.

The most spectacular part of the Xperia Z5 Premium however is its display: a stunning 5.5-inch display with a 4K resolution of 2160 x 3840, which puts pixel density at a whopping 806 ppi, a first in the smartphone industry. That’s better resolution than the Galaxy S6 Edge, Galaxy Note 5, iPhone 6, iPhone 6 Plus, LG G4, Oppo Find 7 and anything else you can think of. While there’s little content, the device supports upscaling, but that’s not entirely the same thing. Nonetheless, as 4K is slowly moving up to a new standard, Sony’s is a good deal ahead of the competition with the Xperia Z5 Premium display. 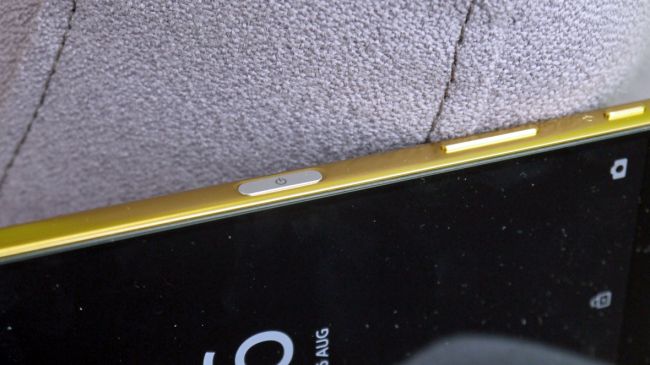 If some of you thought that adding a new design and a fingerprint sensor to the design of the Xperia Z5 Premium would render the rest of the features of Xperia smartphones not implementable, you can sigh. The Xperia Z5 Premium is dust- and waterproof with an IP68 certification, which is wonderful.  Flaps are still there, though. The huge 3430 mAh fast-charging battery of the phone is said to handle two days of usage, although that massive screen will most likely impact battery life more than one would think.

The last aspect of the new smartphone is the camera, and it’s the same level of spectacular. The Xperia Z5 Premium camera setup is made up of 23 MP camera on the rear that has autofocus and an LED flash, but no optical image stabilization unfortunately. On the front, the handset comes with a 5.1 MP wide-angle lens that can also do HDR. The rear camera can record 4K video while the front is capable of 1080p video. We’re curious to see how the cameras behave in low-light conditions and how stabilization works, as the lack of OIS might impact the experience in the end.

If you look at the Xperia Z5 Premium and the iPhone 6 Plus side by side, there’s a clear winner, and for once in many years, it’s not the iPhone. People at the event seemed to love the new design and finally felt that Sony refreshed their design language and gave fans something new. Fans of Xperia handsets had been craving for a change in design for some time, and the Xperia Z5 is finally fulfilling their requests. If the Xperia Z5 Premium price is made affordable and balanced, around $600 for example, Tim Cook and Jony Ive should start revising and reconsidering a bit.