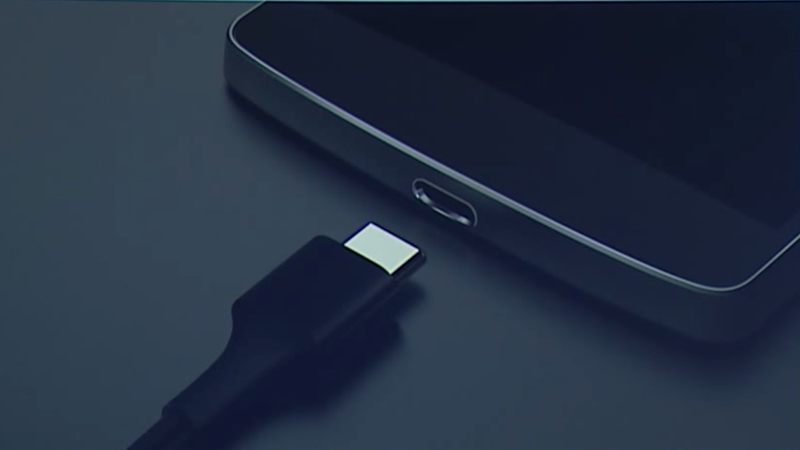 The Google Nexus 5X release date has just passed us by and preorders for the device are soon to start. Many of our readers have come forward in one way or another and asked us whether the Nexus 5X could be a better investment than the recently launched OnePlus 2. We are going to try and answer that question through a short comparison between the basic and most important features of the Nexus 5X compared to those of the OnePlus 2. There are major differences between these phones, but both have a claim at the kingdom of flagship killers. So which will end up being the flagship killer of 2016?

The Nexus 5X was launched by Google and LG with the aim of making stock-Android 6.0 Marshmallow accessible, affordable and powerful through hardware that is designed for it and for the power user that the phone is targeted at. Much like the OnePlus 2, the Nexus 5X emphasizes its software as much as it does hardware and promises a seamless user experience that integrates the Google ecosystem in a timely, easy way into your daily routine.

The OnePlus 2 runs on Android 5.1 and on the company’s own OxygenOS, which was developed by OnePlus developers and Paranoid Android team members together, making it a fully customizable, power user experience. While many miss CyanogenMod, made popular with the launch of the OnePlus One last year, the majority of OnePlus 2 customers believe OxygenOS is a close stock experience that is worth it thanks to the customization options that it offers.

The Nexus 5X software offers up customization as well, although not to the extent that the OnePlus 2. But there are other advantages for the Nexus device that are missing from the OnePlus 2, such as Nexus Protect, Google’s own warranty plan for Nexus devices and Google Fi compatibility, which is a huge plus for those living in the US and wanting to become part of Google’s new ecosystem through Google Fi.

The design of the Nexus 5X and OnePlus 2 is surprisingly similar, as both phones go down the same bottom line: simple, low-cost design. With metal frames and plastic bodies that feature grippy back panels, both handsets are a testament to simple design and grungy textures. Although the OnePlus 2 has the added benefit of styleswap covers that might make it much more interesting, the Nexus 5X design is more or less what fans wanted. The simple, cost-effective design of the phone makes for an affordable device for those that don’t care about standing out as much as they do about performance.

Connectivity is the same on both the OnePlus 2 and Nexus 5X, as both smartphones feature USB Type C ports, which are faster and easier to use, Wi-Fi, LTE, Bluetooth, fingerprint sensor (although the one on the OnePlus 2 is on the front, not on the back), The Nexus 5X has the added benefit of NFC, which is surprisingly missing from OnePlus’ 2016 flagship killer smartphone. Quick Charge 2.0 should be present on both, courtesy of Qualcomm, but neither feature wireless charging, which is a bummer for a 2015 smartphone.

The Nexus 5X display is a stunning example of design and engineering, as the 5.2-inch IPS LCD panel is not only perfect when it comes to size (various surveys conducted by research scientists as well as universities demonstrate that 5.2 inches is the preferred screen size for smartphones on a global scale), but also when it comes to the viewing experieThe 5.2-inch panel features an FHD resolution of 1080*1920, and while many would say QHD is the norm nowadays, most disagree. An FHD screen offers a top-notch viewing experience, and since QHD is still looking for content, it’s just not worth it yet, but it will be.

The OnePlus 2 display isn’t all that different, but it is significantly larger, in the phablet territory. The 5.5-inch LTPS display features the same FHD resolution as the Nexus 5X, but it’s not as sharp and crisp because the ppi (pixels per inch) count is lower due to the larger surface area. Nonetheless, the viewing experience on the OnePlus 2 is just as good as on the Nexus 5X, with minimal differences only noticed in high-resolution videos and games, and only rarely. The bigger screen might be more comfortable to those who are used to phablets, but for those still in the standard size game, the Nexus 5X display should be ideal.

The Nexus 5X specs point to a weaker configuration, as the handset features a Snapdragon 808 CPU backed by 2 GB RAM and either 16 or 32 GB internal storage. The problem here, with both handsets, is that the base model has storage that is no longer viable for power users. That’s because after the OS takes up most of the available storage space on the phone, apps take up most of it and leave little if no room for media storage. The base model for both these smartphones should have features 32 GB at the very least, and that’s according to the majority of the Android community that has an online presence.

Although the Nexus 5X hasn’t been thoroughly tested yet, since it’s not even available, early impressions and opinions suggest a very good performance. We’ll see if it’s comparable to the already good performance of the OnePlus 2 once we get our hands on a review unit. Early benchmark scores for the Nexus 5X place it somewhere in the middle of the spectrum when it comes to performance, which might be disconcerting to power users. Nonetheless, waiting for early review to come in is the best idea, in my opinion. Upon a first look and comparison, the OnePlus 2 seems like the better choice for the power user, though.

Moving on to the camera setup, both Google and OnePlus have improved considerably compared to predecessors of their phones. The OnePlus 2 comes with a very good 13 MP camera that features optical image stabilization, dual-tone LED flash and laser autofocus. The front camera of the device measures 5 MP. The Nexus 5X camera on the rear measures 12.3 MP and features laser autofocus and dual-tone flash, 4K recording but no optical image stabilization.

Early camera samples from the Nexus 5X demonstrate that the handset is pretty good in low-light conditions, and that’s where Google wanted to focus their attention this time. The Nexus 5X release demonstration was very focused on indoor photography when it came to presentation of the rear camera, so we expect the Nexus 5X to be a champion at indoor photography. The OnePlus 2 is not too shabby, thanks to the enormous benefits optical image stabilization adds in all lighting conditions. Although we can’t name a winner yet, we’re very inclined to vote for the Nexus 5X, but we should see how the handset camera performs in normal lighting conditions, too.

Battery life has not been an issue with Nexus or OnePlus devices in the past, and it doesn’t seem to be one in the present. The OnePlus 2 battery is a massive 3300 mAh one, which has so far proven itself pretty capable of upholding about two days of moderate usage. The Nexus 5X battery life should be at least equal to that with its 2700 mAh battery unit inside. Since we’re still early with this comparison, we wouldn’t take this info for granted. Nonetheless, we trust the Nexus 5X battery life will be better than expected.

Considering the fact that the OnePlus 2 is only available via invite at the time, price doesn’t matter that much at this point. You can get the OnePlus 2 from various retailers like Everbuying, GearBest,TinyDeal and CooliCool without an invite, but you do have to pay a premium that usually goes over $450 per unlocked unit for the 16 GB model. If that sounds worth it to you, go ahead and do a quick search to find the best price for your area. The Nexus 5X is only available online however, so similar restrictions arise.

Google positioned the Nexus 5X release for power users, and emphasized that the online exclusive sale strategy that they are using this year is because the Nexus 5X is not made for first-time smartphone users who are not comfortable with buying devices online, rather it is made for experienced users who are familiar with online shopping for tech and with online resources in general. The same ideology applies to the OnePlus 2, if you think about it, although the invite system can be disconcerting at times.

Still, when thinking of bang for buck, the OnePlus 2 so far beats the Nexus 5X, because the latter is more of a mid-range device than a flagship one. The OnePlus 2 might end up being the flagship killer of 2016, but the Nexus 5X does have its obvious benefits like the ideal screen size and stock Android operating system that will most likely draw in power users more easily than the invite system ever could. Which would you choose, in the end?