Motorola Moto 360 specs and price revealed thanks to Best Buy 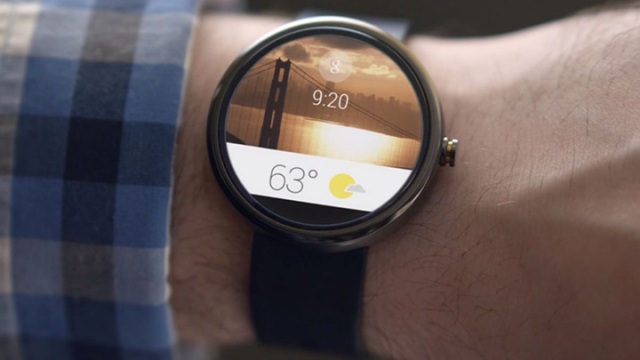 Motorola Moto 360 specs and price revealed thanks to Best Buy

Leaks usually come from industry insiders, but every once in a while we come across one that’s just sitting there in plain sight on a major retailer’s website. This time around it was Motorola’s Moto 360 turn to be revealed complete with specs, price, and features by none other than Best Buy. The listing has since been removed, but luckily a screenshot remains and we can see the upcoming Android Wear smartwatch in all of its splendor thanks to it. Most of this coincides with previous rumors so we’re not learning a whole lot of new details here, but this listing is very useful regardless because it helps confirm what most sources have been speculating about the Moto 360.

The smartwatch will come equipped with a 1.5-inch backlit LCD touch screen running at 320 x 290 resolution and packing 205 pixels per inch. On the hardware side, the Moto 360 will be powered by a Texas Instruments processor, although no other details are available at this time. Some other specs include 512 RAM, li-io battery, and Gorilla Glass 3 protection. The smartwatch will be compatible with devices running on Android 4.3 KitKat or later and can be synced with them via Bluetooth 4.0. We also find out from Best Buy that the Moto 360 is waterproof up to 3.3 feet for up to 30 minutes and comes with features such as voice activation, vibration alert, heart-rate monitor, and pedometer.

Motorola’s upcoming Android Wear smartwatch has a stainless-steel case, plastic back and leather band. The device will be available for purchase starting at $250 according to the retailer. Best Buy doesn’t say anything about a shipping date, but we’ve learned recently that Google has sent out emails to I/O participants who opted for a Moto 360 back in June. The email suggests that the device will launch on September 4th. Furthermore, Motorola already sent invites for an event scheduled to take place on the very same day so it’s very likely that the smartwatch will be launched on September 4th and start shipping shortly after. 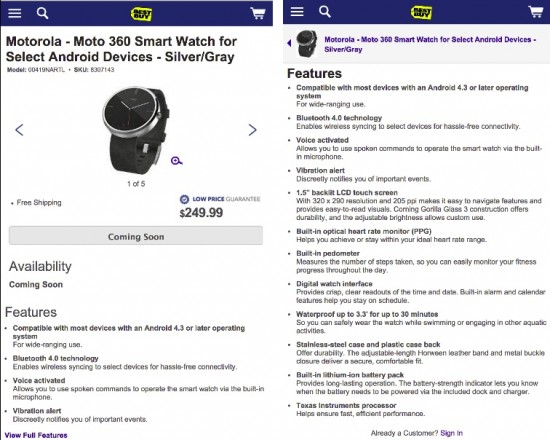