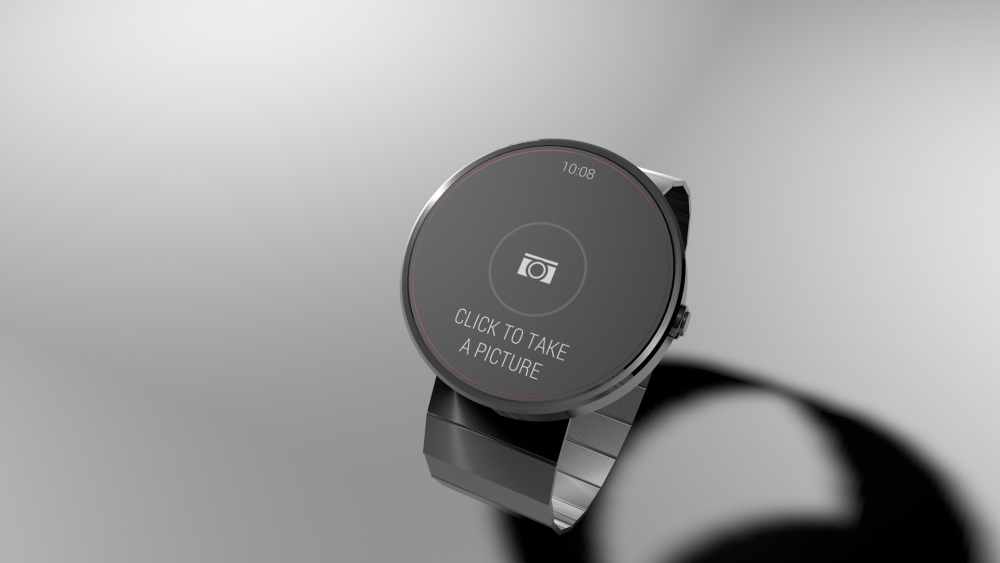 At the last edition of the Mobile World Congress, HTC introduced their first wearable fitness tracker, the HTC Grip, only to postpone its release to the Summer. Summer passed and the Grip was not made available, but rumors of a new Android Wear watch being developed by the Taiwanese company started to appear. It seems those rumors were quite close to the truth as reputable leakster evleaks today confirmed on their Twitter account that the HTC One watch would be launched on February 3, as the first HTC Android Wear smart watch. Entering a market that is just beginning to grow, the HTC One watch might change the course of the company’s mobile division’s future.

Although at this point we know very little about the HTC One watch, rumors have reached a consensus about its design. Apparently, the wearable will adopt the round design we’ve seen on gadgets like the Moto 360, LG Watch Urbane and Samsung Gear S2. Seeing as round smart watches seem to enjoy slightly more popularity than rectangle-shaped ones (aside from the Apple Watch, though), the HTC One watch could land right in the middle of the spectrum when it comes to pricing and features. With a supposed 360*360 resolution display, we expect the device to carry a footprint and aesthetic that is similar to Motorola’s round wearable devices.

HTC fans, you'll finally have One watch to call your own come February.

If the HTC One Watch release date ends up being February 3, as suggested by Evan Blass, we should see a dedicated event launching the wearable – alongside the HTC One X9 or maybe even the HTC One M10. The company has been struggling in the past year with revenue and sales, their fanbase perceiving this year’s launches as inferior to what the company can actually do and condemn HTC for copying Apple and not releasing their best models in the U.S. The news about the HTC One Watch might change public opinion a bit and bring back attention to the company’s mobile business. Getting into IoT is also a pretty good representation of how HTC is going to try getting back in the saddle. IoT is just taking off in a real way, and joining the fun seems like a logical and sensible move from the company.

Development of the HTC One Watch is said to have begun early last Summer, when rumors of the company working with Android Wear first started appearing on social media and on the news. At the time, few believed HTC would be developing another smart watch, after what happened with the HTC Grip, but it looks like we’re finally getting a wearable from them. Most people seem to be very curious about what kind of design aesthetic the company followed when designing the watch, silently hoping it wasn’t Apple they got inspiration from. Early ideas of how the watch will look like bring up the brushed metal design of the HTC One M8 and suggest an industrial, sport feeling to the watch.

The question that keeps bugging me, however is this: Will the HTC Grip be released, too? It is possible that since the fitness tracker has been repeatedly delayed that it would make an appearance alongside the HTC One Watch as a more affordable and minimalist option. That would also suggest that the smart watch will land within the LG Watch Urbane genre and price range, so we expect it to be expensive. Although it’s possible that the project was shelved for a while and won’t resurface for a couple of years, it’s unlikely for the company to drop the product and the Under Armour partnership so easily in favor of another gadget. The HTC Grip will most likely come to market in 2016 as well, even if it’s not launched with the new watch. The HTC One Watch price could be estimated at around  $350, considering that the suggested retail price for the Grip used to be $200.

Whatever happens, one thing is for sure: HTC is turning their focus in the direction of wearables and IoT and the HTC One Watch will be their first example of how they imagine Android Wear and users interacting. More information on the HTC One Watch should come to light in the following few weeks and we suggest you guys keep an eye on evleaks as well as Geek Reply to find out what’s coming to challenge the Moto 360, Apple Watch, LG Watch Urbane and Samsung Gear S2 Classic.