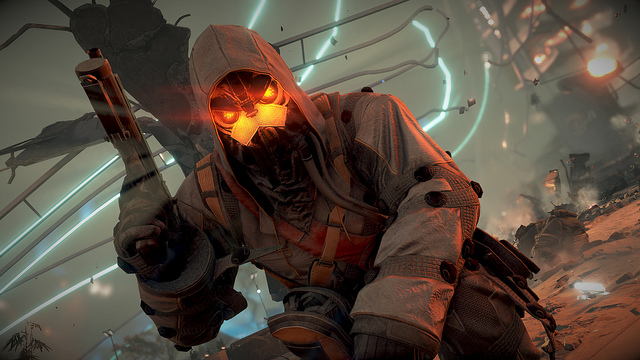 Last year, somebody decided to sue Sony for allegedly misrepresenting the details of its Playstation 4 game Killzone: Shadowfall. The plaintiff was a California resident named Douglas Ladore, and he was claiming that Sony had falsely advertised Killzone: Shadowfall’s resolution. This week, a US federal court has dismissed the case.

Ladore’s case was filed after the Playstation 4 launch game’s multiplayer mode had been found by Eurogamer’s Digital Foundry to run at 960 x 1080, as opposed to 1920 x 1080, which is the resolution commonly known as 1080p. Ladore claimed Killzone developer Guerilla Games, which is a subsidiary of Sony, had advertised in videos, social media, and the Killzone website, that the game would run in native 1080p. In multiplayer mode, however, the game ran with what Guerilla Games called “temporal reprojection,” which is a sort of technological shortcut to getting games to run at something similar to 1080p. Killzone’s website says, “the temporal reprojection technique gave subjectively similar results and it makes certain parts of the rendering process faster.” Guerilla claims that most of the time the effect is “identical to a normal 1080p image.”

Ladore’s original complaint charged Sony with, among other things, negligent misrepresentation, false advertisement, unfair competition and fraud and inducement. He sought damages of more than $5 million USD. The case was a class action lawsuit, which meant any damages he won would also have been won on behalf of everybody who had bought Killzone: Shadowfall. Typically, those sorts of cases lead to game owners being refunded a small amount of their purchase.

When the case first went to court, Sony tried to have it thrown out right away. But Judge Edward Chen of U.S. District Court for the Northern District of California allowed the case to proceed, saying Sony’s argument for the case to be thrown out was “premised on an unduly narrow reading of [the] plaintiff’s complaint.” But according to a court filing, Judge Chen dismissed the case this week, signing “a joint stipulation that dismisses lead plaintiff Douglas Ladore’s lawsuit with prejudice.” Prejudice is a legal phrase that means the plaintiff cannot file another lawsuit against Sony over this issue again in the future. Both parties have also been ordered to pay their own legal fees.