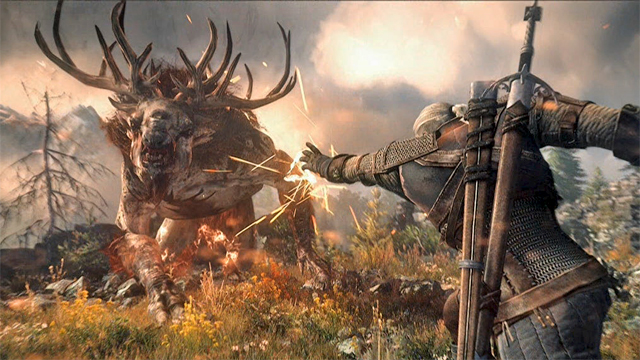 Geralt of Rivia has faced creatures from the darkest depths with a wide array of horrifying powers, claws, and teeth. During the first two titles of The Witcher series it feels as if Geralt has encountered all the nasty beasties the world has to offer. The Witcher 3 plans to prove us all wrong introducing all new monsters and areas for Geralt to tackle them. CD Projekt Red is giving us a sneak peak at a few of those creatures in a new “Monsters” video released this week.

The “Monsters” videos starts out simply enough by introducing fans to a few of the new and nasty creatures they’ll be hunting down as Geralt. Harpies, Drowners, Sirens – The Witcher 3 has no end to the monsters players will have to handle. The Witcher 3 is also ramping up the difficulty of those battles by opening up all new areas. Geralt will now be able to swim underwater to hunt down monsters like Sirens. These new monsters and areas are going to require all of Geralt’s abilities to overcome. That’s why CD Projekt Red is passing on hints and tips to players in the “Monsters” video.

They take viewers through a mini walkthrough on the best tools for the job when taking on certain monsters. It’s when the developers hit on the environments those monsters will be living in, that The Witcher 3 and its monsters truly begin to shine. The developers show that these creatures are not simply waiting around for Geralt to waltz into their territory. CD Projekt Red has once again stepped things up by creating a complex behavioral system for The Witcher 3’s environment.  The people, monsters, and environment will be more alive than anything gamers have experienced before.

Creatures will interact with each other, the environment, and NPC’s creating a living breathing ecosystem that players are visiting. Instead of being the center of attention, where enemies simply spawn in the area, when Geralt arrives they will react to his actions. Players will have to decide when to become involved in this digital society events; as always those choices will have a huge impact. In this new complex environment choices are sure to have a bigger impact than ever before in the Witcher series.