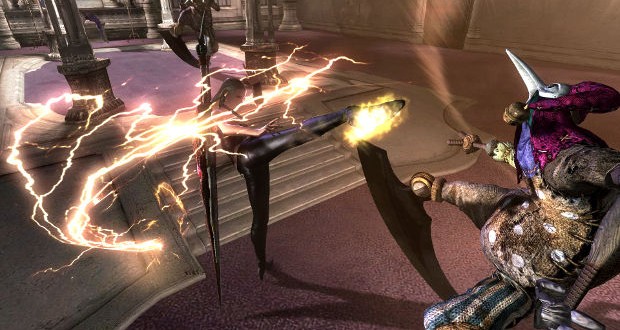 Devil May Cry 4 Special Edition, the new version of the action game developed by Capcom released earlier today in North America on consoles and PC, includes among the new characters one that has only been playable in a not so popular entry of the series, Trish. The powerful demon comes with a unique play style that might confuse players using her for the first time.

To help players understand the character better, a new Devil May Cry 4 Special Edition development team combo video has been made available a few hours ago on YouTube. The video features one member of the development team as he uses Trish to perform some basic yet useful combos that will definitely be helpful to players new to the character. You can check out the video by going at the end of this post.

Devil May Cry 4 Special Edition has also received some DLC packs that make it easier to unlock extra difficulties and content. These quick unlock DLC packs not only can unlock extra difficulty settings and super characters but also the color variation costumes and even increase the acquisition rates for Proud Souls and Red Orbs.

Devil May Cry 4 Special Edition is now available in Japan and Asian territories on PlayStation 4 and Xbox One as a physical and digital release. A Limited Edition has also been released in Japan, including several extra goodies that fans of the series surely appreciate. The game has been released earlier today in North America and will launch tomorrow, on June 24th, in Europe on PlayStation 4, Xbox One and PC as a digital only release.