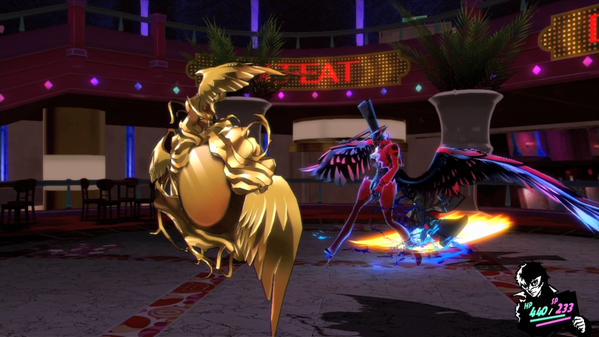 Persona 5, the new entry of the role playing game series developed by Atlus, is one of the more anticipated games coming later this year but unfortunately there is still much we don’t know about the game. More footage of the next Atlus role playing game is going to become available soon, thanks to a new trailer which has been included in a bonus disc offered as pre-order bonus for another Persona game, Persona 4: Dancing All Night.

The rhythm game based on the Persona series is only going to be released officially in Japan this Thursday but some lucky gamers have already been able to get their hands on the game and the bonus disc. While the new trailer has yet to surface online, some screenshots taken from it are already available and you can take a look at them by going at the end of this post.

The previous batch of Persona 5 screenshots has been released last month. These screenshots unfortunately weren’t brand new ones as they have already been seen in Japanese magazine.

There isn’t much we currently known about Persona 5 story and characters. Producer Katsuiro Hashino has confirmed a while back that the game will deal with a variety of themes such as the hardships of modern society and how people deal with them as well as with the rules set by society. The game will be a cathartic experience and players will be able to easily understand its message once they complete the game. Gameplay wise, Persona 5 will include one of the staples of the previous entries of the series, the Social Link, in a new form that has yet to be detailed in full

Persona 5 will be released on a yet to be confirmed release date on PlayStation 3 and PlayStation 4. More news on the game as well as the new trailer will surely emerge soon so stay tuned for all the latest news.

UPDATE: The Persona 5 new trailer is now available online. You can check it out right below the images