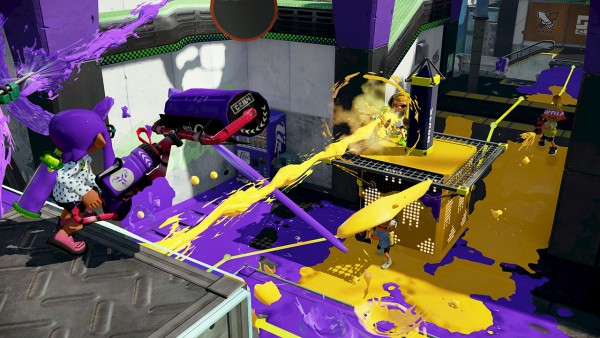 Splatoon will receive a new game mode today. Under Ranked Battle, the new mode is called Tower Control, and it’s all about players getting control of, you guessed it, the tower. Splatoon fans should be able to download the update to their Wii U in a few hours.

In a Splatoon Tower Control match, each map will have a floating tower at its centre. The objective is to jump on top of it and cover it in your team’s ink colour, at which point it will start moving towards the enemy base. Having control of the tower will take players further into enemy territory, which brings them closer to victory – but also closer to being splatted. Nintendo says the best tactic is to have one team member ride the tower while the other three surround it from below.

One of the biggest criticisms Nintendo faced on the release of Splatoon was the lack of variety in game modes. Nintendo has been working to fix that since the game came out, and Tower Control is set to be the first of many updates to come to Splatoon. The company has several further updates scheduled for throughout August.

In spite of those criticisms, however, Splatoon has proven to be one of Nintendo’s most successful titles of recent years, and probably THE most successful title for the Wii U. It’s been a while since Nintendo last came out with a brand new first-party IP – if you don’t count Wii Sports (which you shouldn’t), it was Pikmin, back in 2001. To put that in perspective, it’s been 14 years since Nintendo’s last major new IP. And this is the studio that was once the king of new IPs.

Splatoon has certainly paid off for Nintendo. It sold more than a million copies in its first month after its May release, allowing it to join the rather small list of Wii U games that have reached a million sales.