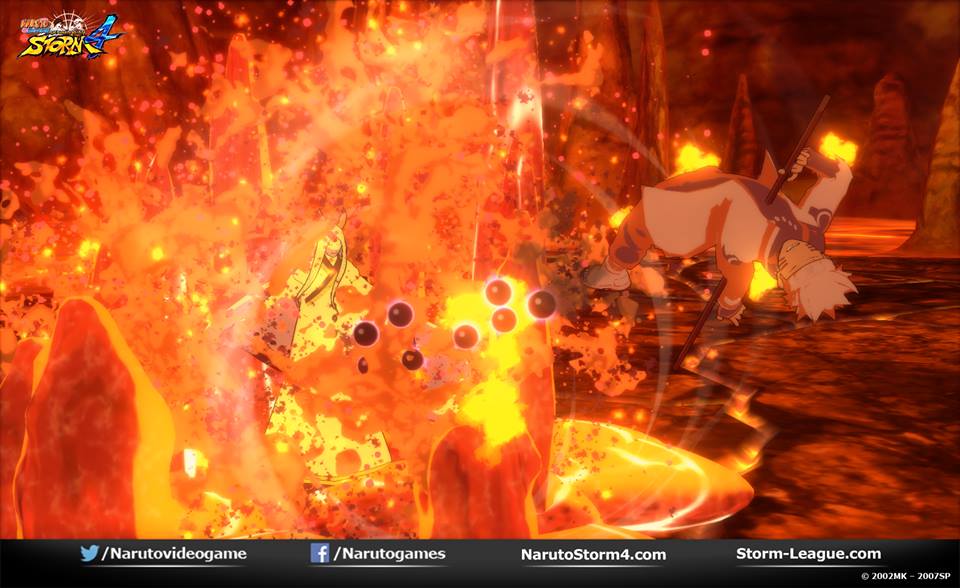 Naruto Shippuden: Ultimate Ninja Storm 4 is going to sport a varied character roster including fighters who have already been included in previous entries of the series and some brand new ones that will debut in the new game developed by CyberConnect 2. Among them are Boruto and Sarada, Naruto’s son and Sasuke’s daughter, as well as a few others.

Among the new Naruto Shippuden: Ultimate Ninja Storm 4 characters will also be Kaguya, who will come with a unique ability that will allow her to perform a different Jutsu depending on the location of the match. Kaguya and her unique ability have been showcased earlier today by a new screenshot which has been shared on the Naruto Video Games Facebook page and you can check out the fiery special attack from the new character right below.

UPDATE: Other screenshots have been made available a few hours after the post went live, you can find them all right below

Last week some new details on the Naruto Shippuden: Ultimate Ninja Storm 4 Story Mode have emerged online thanks to a new interview with CyberConnect 2 president Hiroshi Matsuyama. Mr. Matsuyama has also talked about other matters related to the game such as the pre-order exclusivity for the Boruto: Naruto the Movie characters and more.