The bad parts of Ant-Man 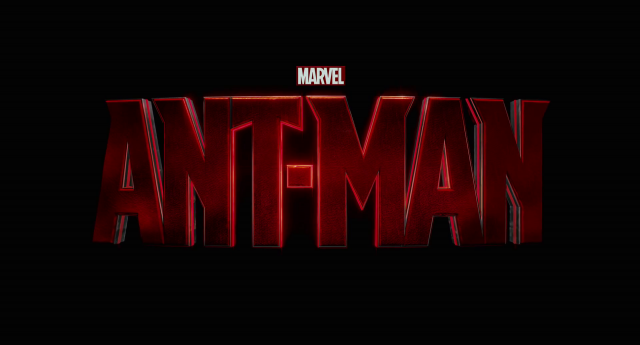 The bad parts of Ant-Man

Despite its production troubles and the fact that its superhero star is viewed as somewhat of a joke by the casual audience, Ant-Man actually managed to be really good. But despite my enjoyment of it, it still had its problems so what were they? Warning: there will be spoilers so go watch it first. Seriously, it’s good.

1. Cross is a bit weak as a villain

Marvel does love their evil businessmen, don’t they?

The moment Darren Cross appeared on screen, I immediately knew what kind of villain he was going to be. An intelligent businessman-type that presents himself as being perfectly friendly but is also hiding a bit of a man-child demeanor and is only one step away from entering crazy town. And the film delivered on that so no real surprise there.

He’s certainly not one of the worst villains and his performance was decent; he just wasn’t all that interesting nor was he threatening. I never felt worried or tense whenever he was on screen despite being very smart and psychotic; a dangerous mix. I liked how his craziness is implied to be a result of his overexposure to the Pym Particles but they don’t really go anywhere with that – instead of turning him into a tragic figure who let his desire to gain Hank’s respect twist him, he’s just evil bad person who nobody misses when he’s gone.

I was praying throughout the whole movie for Scott and Hope to not get together. It’s all too easy to have the leading male character and the leading female character to suddenly get together just because. However, throughout the entire movie, Scott and Hope didn’t really express any romantic interest with each other, especially at the beginning where Hope is very cold towards him. They have one moment together but it’s more for Scott to make Hope realise that the reason her father picked him to be Ant-Man is because, as a former thief, he’s expendable and Hank doesn’t want to lose his only daughter. I was glad to see that these two weren’t been forced into traditional romance territory.

At least until the end when Hank opens a door and Scott and Hope immediately pull away from each other, having obviously been making out. I just sighed. A very long, very heavy sigh at that. Not only were these two characters shoved into the couple category despite no build-up, the big kiss moment between them happens off-screen. If you’re a writer and you feel your romance sub-plot is so unnecessary that any romantic connection between the parties involved shouldn’t even be on-screen then DON’T DO IT. It feels like Marvel is just ticking a checkbox of all the things they feel they need to have and a romance is one of them. I mean, the Bruce/Natasha romance in Age of Ultron was better handled than this.

I think what angers me the most, though, is how little effort was put in. I’d prefer it if there was no romance but if they really needed it to be there in some capacity, then actually devote to it, develop it, make us believe these characters love each other; don’t treat it like an extra ingredient that you’ve just shoved in there. There’s a reason cooks don’t just chuck a tub of pepper in every meal. Just because it could use it, it doesn’t mean it’s going to be good. The same can be said for this romance.

While the Marvel movies are all connected to each other, they each feel like they’re their own self-contained story. You don’t need to have watched, say, Captain America in order to understand and enjoy what happens in Thor. They have the occasional passing reference or acknowledgement to each other but that’s usually it. With Ant-Man, though, I hope you’ve watched Winter Soldier, or at the very least know who Falcon is.

There’s a whole scene in the film where Ant-Man has to break into Avengers HQ (which is admittedly awesome) and crosses paths with Falcon, who he has to fight (which is also awesome). My problem, though, is why Falcon? Not only do I feel bad for all the Falcon fans who get to see their favourite character become Ant-Man’s punching bag for a couple of minutes but it also feels a bit shoehorned. Why not just some hired guards; why an Avenger himself?

It’s very cynical of me but I can’t help but think that Marvel thought that if they made it quite clear that Ant-Man was connected to the Avengers in some way, that in turn would make him more popular. Like I said, to the average viewer, and some comic book fans too, Ant-Man is viewed as a joke – someone you can’t take seriously. But oh look here’s one of the Avengers, you know that superhero team you all love. And look, Ant-Man may be a part of them. That makes him cool too so you must love him, right?

I may be overthinking this and this is just all part of the grand plan, but I don’t recall any of the other standalone Marvel movies relying on a character from another movie to make their main star seem more badass.

4. Janet is killed off before the film even starts

Janet van Dyne AKA The Wasp is one of my favourite comic book characters; a sentiment that many others share. Not only that, but she’s quite pivotal in terms of Marvel as well as in the original comics, she was one of the founding members of the Avengers and even came up with the name. I’d like to remind you that this was in the 60s. A woman? Being an active superhero? In the 60s? Ha, that’s hilarious. Don’t women live in kitchens or something?

Okay, I’m exaggerating but this was kind of a big deal for a lot of people. Which is why it’s so aggravating that she’s killed off before the events of the film. Even more so that the only reason she dies is to serve as the reason for Hank and Hope’s sour relationship. She dies for the sake of plot, which just feels lazy. That, and to also reflect Scott’s own father-daughter troubles and establish a common trait between him and Hank. It’s a parallel, see?

The thing is, though, you could have easily put Janet in the film instead of Hope. Have her be the one to train Scott. Maybe show that her relationship with Hank is struggling due to his emotional instability as a result of him using the suit too much, see him struggling to make up for mistakes he may have made in the past and the ensuing events helping them overcome those struggles and be closer. But no, they just kill her off and put Hope in so Scott can have a love interest.

Now, those of you that watched the movie will now say “But Janet’s not dead, she’s just stuck in the quantum realm.” Well, here’s my retort. The reason she hasn’t technically died is so Marvel can cover their asses and leave it open for Janet to come back. That doesn’t mean she will; it’s just putting wool over our eyes, making us hope for the day it happens which could happen, but just as easily couldn’t happen.

Also, considering that Hope is being set up to be the Wasp in the future (which I am excited to see), why would they bring her back? They already have a Wasp now. We’re not going to get two on screen, especially since Janet has at no point taken on any other superhero identities. The only possibility I see is seeing her in maybe a prequel or flashbacks but I think it’s safe to say the fans would much rather see her in the here and now, battling alongside Ant-Man and the Avengers. Sorry, Marvel, you tried but she may as well be dead, and we’re not happy about it.