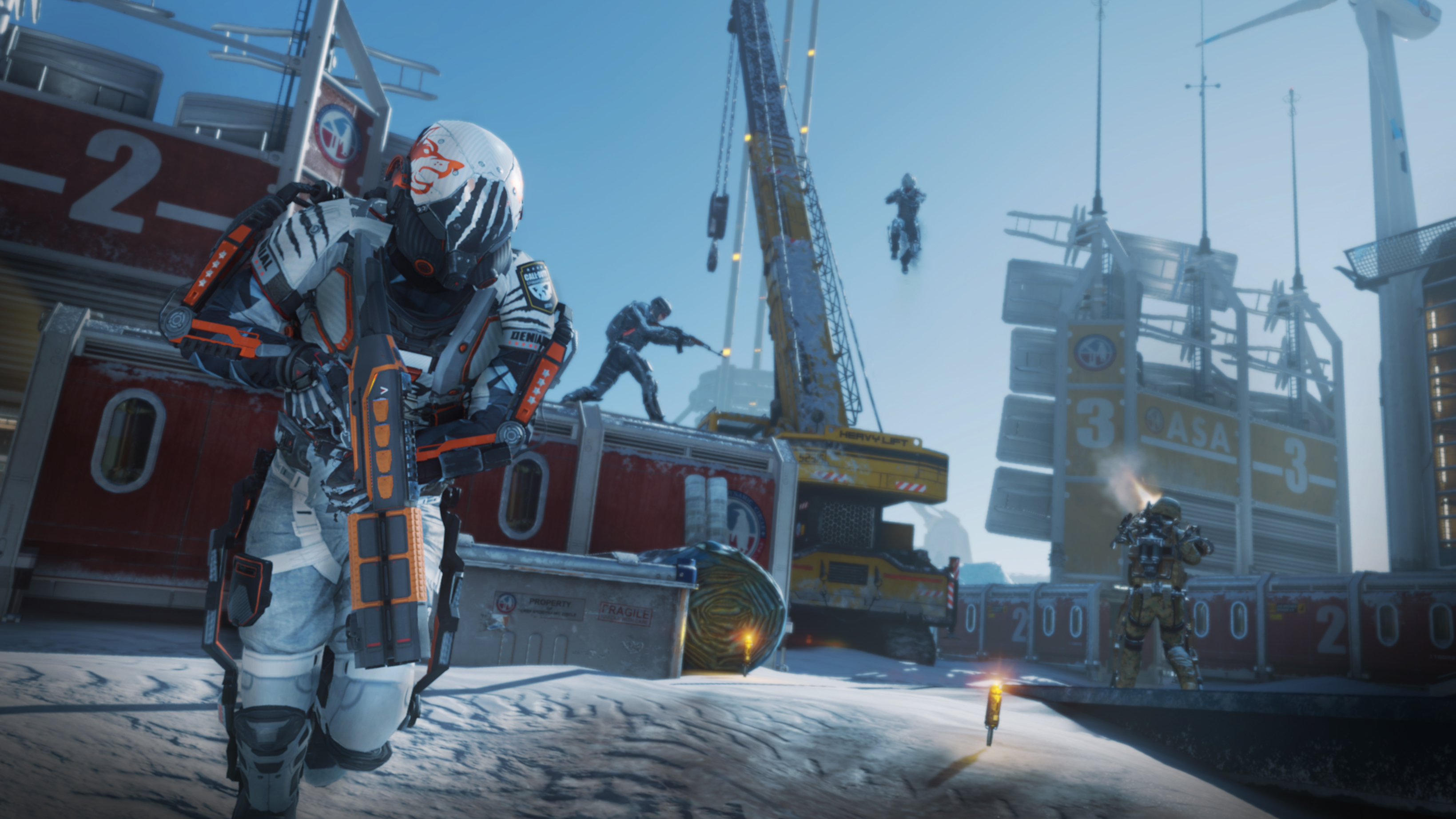 Just like the previous entries of the series, Call Of Duty Advanced Warfare, the latest Call Of Duty game developed by Sledgehammer Games released last year on consoles and PC, has received several DLC map packs which include new multiplayer maps and more extra content.

Quarantine: This medium sized map takes place on an island following a deadline outbreak that features both tight corners and open areas that combine to allow for any style of gameplay. In the atrium, every step is precious as the floor opens up, in a timed dynamic event, to reveal a bottomless disposal pit.

Fracture: Locked away in the arctic, players take refuge behind wind turbines and heavy equipment that allow for large combat. As the ice buckles and breaks away, flooding escape routes, long-site lines are more key.

Swarm: Narrow corridors of this small to medium sized map in Seoul, South Korea, are the setting. Close quarter store interiors tell the story of a war scarred city that has flanking routes and cover all around.

A new batch of screenshots showcasing the content of the Reckoning DLC has also been made available, you can check out the new screenshots right below.

The Call of Duty Advanced Warfare Reckoning DLC pack will be released tomorrow on Xbox Live and in around one month on PSN and Steam. The pack will be available for the price of $14.99.

Call of Duty Advanced Warfare is now available in all regions on PlayStation 3, PlayStation 4, Xbox 360, Xbox One and PC.