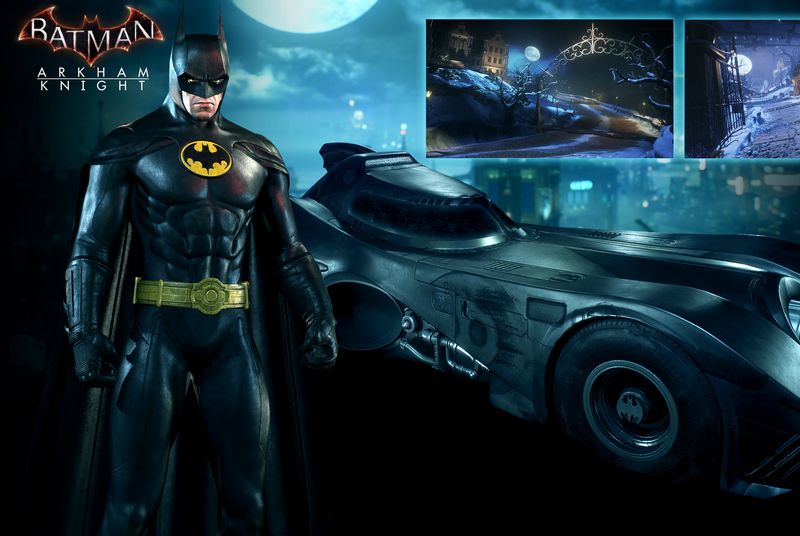 Batman Arkham Knight has received a few more DLC packs earlier this week. Among the DLC skins released this month is a new Batmobile DLC which will allow players to use the 1989 Batmobile featured in the Batman and Batman Returns movies directed by Tim Burton. This Batmobile skin can be used during the main campaign as well as in the AR Challenges.

If you have yet to get this new Batman Arkham Knight DLC and are still on the fence, something interesting has emerged online today which can help you decide. According to online reports, the 1989 Batmobile can be used to earn extra stars called Extra Gotham’s Greatest Points for AR Challenges, which should make it easier to obtain the 90 stars required for one of the trophies / achievements.

Earlier this week Batman Arkham Knight has been made available for a reduced price on Amazon. The online retailer is currently offering both the PlayStation 4 and Xbox One versions of the game for only $45, 25% off their full prices. The deal has been available for a few days and may expire soon so make sure to take advantage of it as soon as possible if you have yet to play the latest game developed by Rocksteady.

Batman Arkham Knight is now available in all regions on PlayStation 4, Xbox One and PC. We will keep you updated on the game’s upcoming DLC packs and updates as soon as more becomes available so stay tuned for all the latest news on Rocksteady latest title.