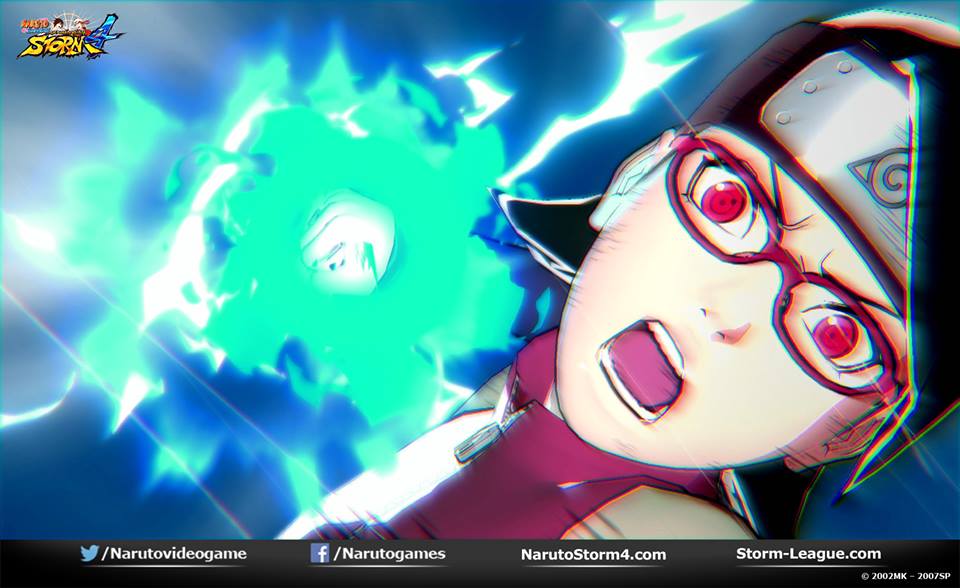 Naruto Shippuden Ultimate Ninja Storm 4, the new entry of the series currently in development for consoles and PC by CyberConnect 2, is going to be the first Naruto video game to features characters taken from the series latest movie, Boruto, Naruto’s son, and Sarada, Sasuke’s daughter. The two characters are being offered as pre-order exclusive characters and it seems like they won’t be sold separately after the game launches.

Naruto Shippuden Ultimate Ninja Storm 4 has received a new magazine scan earlier this week. The latest issue of V-Jump magazine showcased the two pre-order exclusive characters taken from the Boruto – Naruto the Movie film, their ultimate jutsus and more. The magazine confirmed again that Boruto and Sarada will also be able to use a combination ultimate jutsu in the new game.