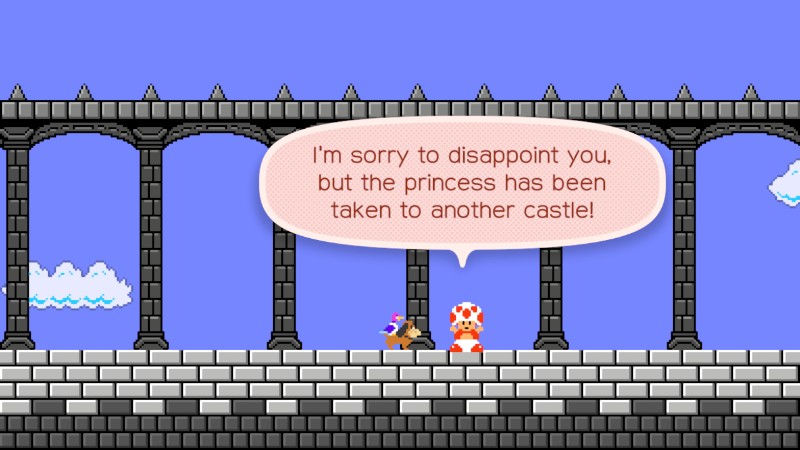 Plenty of new Super Mario Maker gameplay footage has emerged online this past week, showcasing some of the stages that are included in the game as well as several unique stages created by players. With the game’s tools possibilities are truly endless, with players being able to create more complex stages in the vein of Metroid, side scrolling shoot’em up stages and more.

Even though many of the Super Mario Maker features have been shown, there are still some things that haven’t been showcased yet, such as some of the costumes included in the game and more. Earlier today a new Super Mario Maker screenshot has been shared on Miiverse, showcasing one of the costumes that we haven’t seen yet, the Duck Hunt costume. You can take a look at the new screen right below.

Another Super Mario Maker gameplay video has been shared online by Nintendo earlier this week. The new video showcases the different auto scrolling speeds that can be set for a stage as well as the adjustable time limits. With these features, players will be able to create some really varied stages.

Another gameplay video showcasing one of the more recognizable Super Mario objects, the Question Mark block, has also been shared online recently. In Super Mario Maker players will be able to hide all kinds of items and even enemies in these blocks.

Earlier this week another Super Mario Maker costume that hasn’t been shown previously has been showcased by another screenshot. The Olimar costume can be unlocked by using the corresponding amiibo or by simply playing the game, with the latter method obviously requiring more effort.