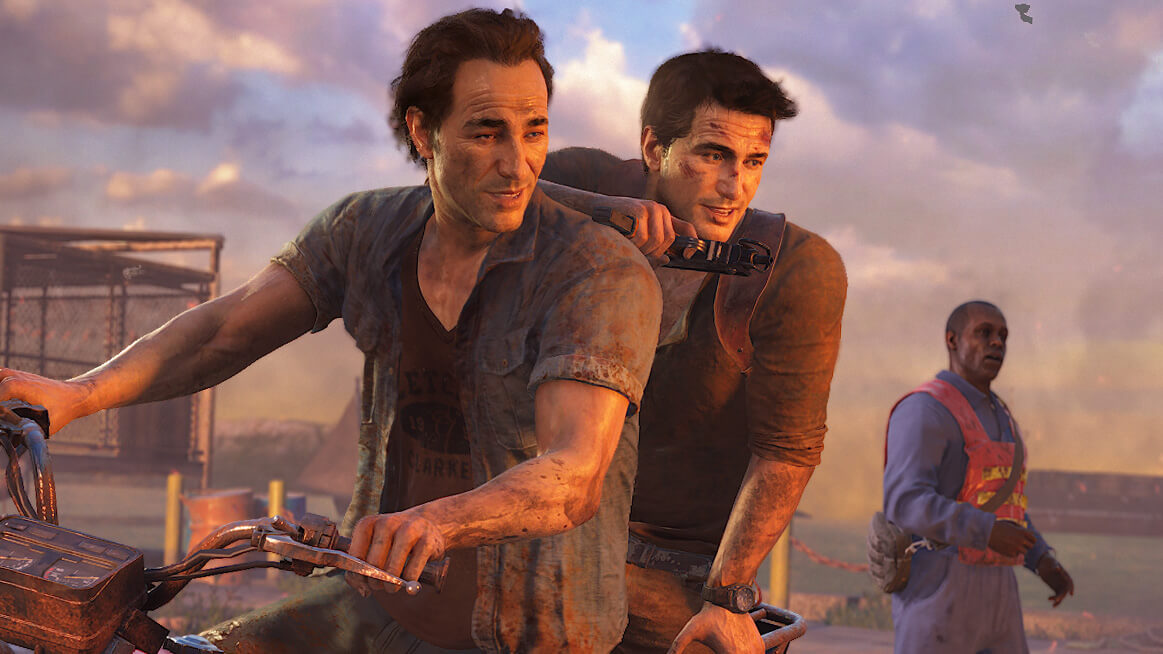 Since Uncharted 4: A Thief’s End was first announced by former Crash Bandicoot developer, Naughty Dog, they have been teasing this will be the last we’ll see of protagonist Nathan Drake. After three games of running, gunning, and jumping from insane heights Drake’s days of adventuring appear to be over.

Naughty Dog has been refusing to confirm whether the rumors that this is Nathan Drake’s last appearance are true or not.  Despite all the hints that fans have found in the trailers, pointing towards the older and more haggard Drake that we’ve been seeing. What they were willing to confirm this week is that Uncharted 4 will be coming out on March 18th, 2016.

In the past few months Sony had been promising fans that Uncharted 4 would be coming out in early 2016. The March release date shows the games development is right on track which should come as no surprise to fans. The Uncharted series is Sony’s biggest exclusive and they are doing all they can to make Uncharted 4‘s release a big one with multiple collectors editions.

On the Playstation Blog, Sony announced Uncharted 4 will be receiving digital and physical collectors editions. The physical edition, for gamers who love the feel of a game box in their hands, will have two collectors editions to choose from: the Special and Libertalia Collector’s Editions.

The Libertalia Edition is the end all be all of Naughty Dog goodness packing everything that comes with the Special Edition as well as: a 12 inch Nathan Drake statue, three exclusive multiplayer outfits (one based on Nathan’s outfit from Drake’s Fortune, one based on the heist scene from Among Thieves, and another inspired by Nathan’s desert outfit from Drake’s Deception), three exclusive weapon skins, three in-game hats based on real life fortune hunters, special sidekick outfits, a Phurba Dagger taunt, and an exclusive Uncharted 4 theme for the PS4.

Fans who prefer to pick up digital copies of their games won’t be left out of the fun. Gamers who preorder the digital standard edition of the game through PSN will land: two multiplayer outfits (the Drake’s Fortune and Among Thieves heist scene), two weapon skins, Phurba Dagger taunt, and a few Naughty Dog points. 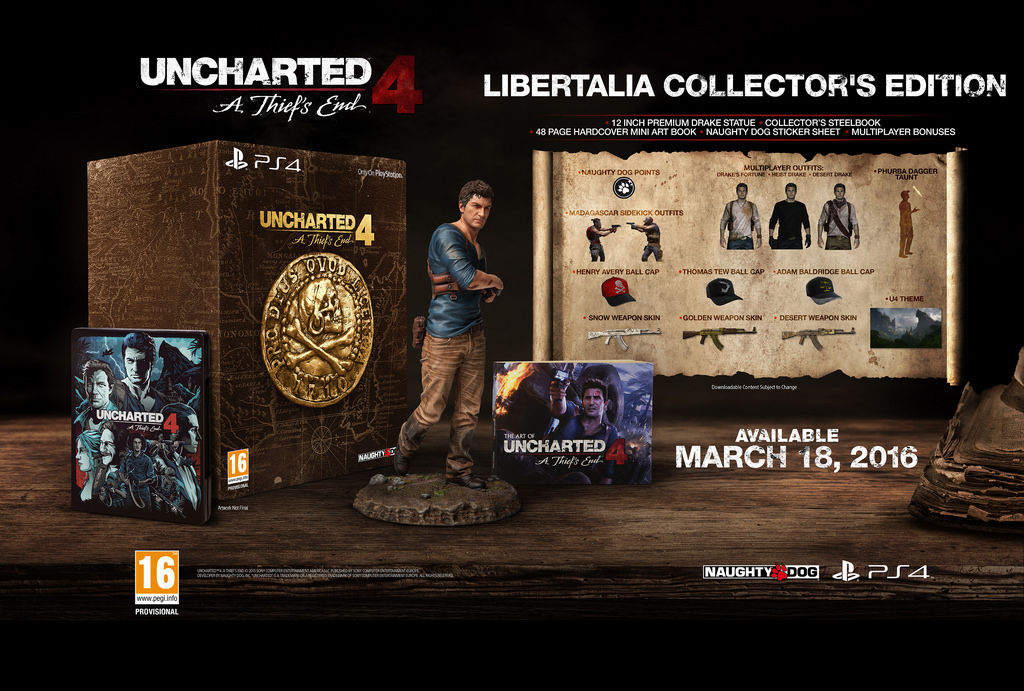 All of these different editions make it clear that Sony is pulling out all of the stops to make this biggest Uncharted release yet. Whether gamers choose to take advantage of all these preorder offers or not it, one thing is for sure, Nathan Drake’s latest adventure will be one of his best.