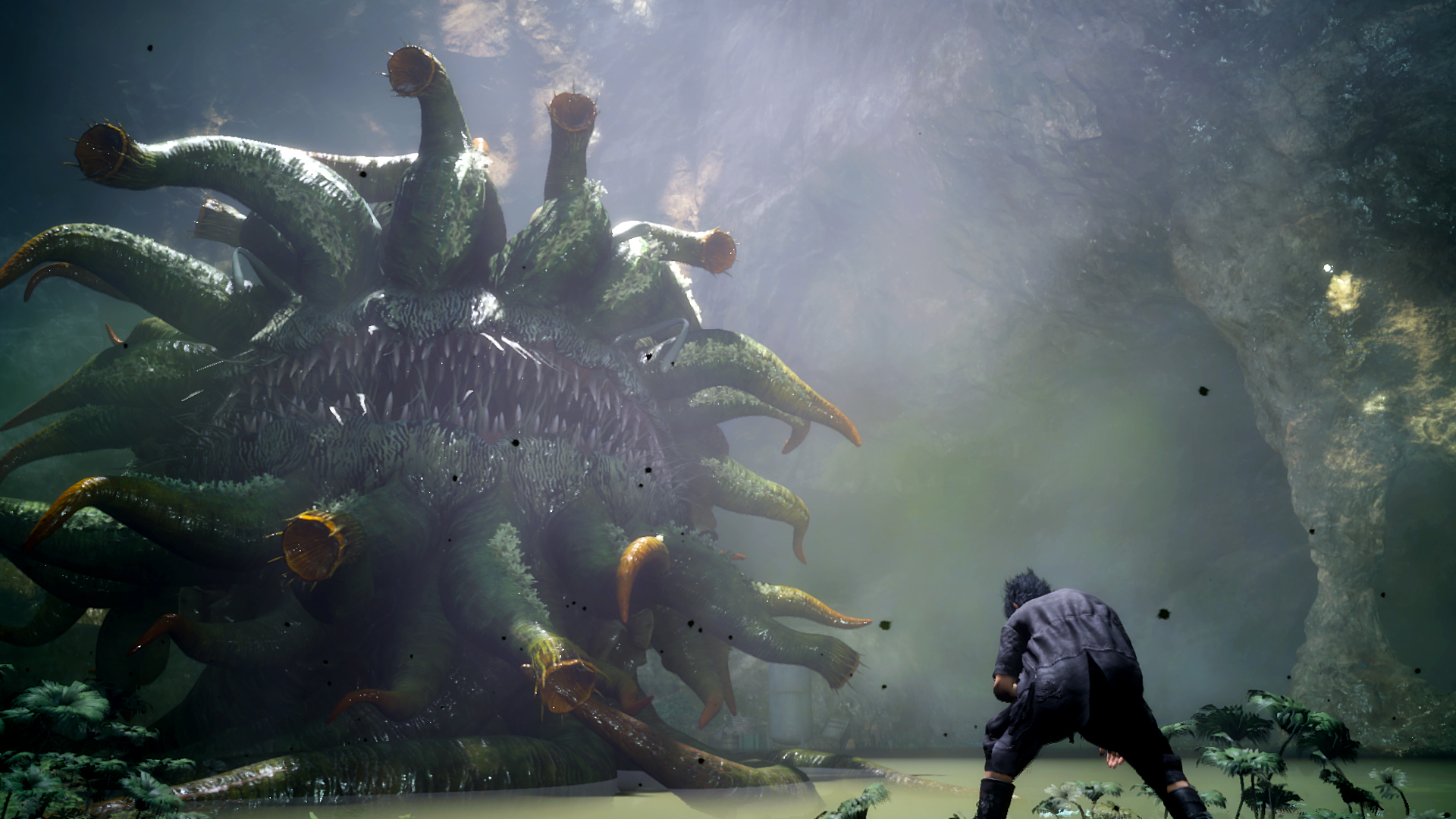 Last week it’s been a very good one for those who are eagerly anticipating the release of Final Fantasy XV, the new entry of the series launching in the future on PlayStation 4 and Xbox One. During the last Active Time Report, director Hajime Tabata has shown some new gameplay footage set outside the Duscae region which looked really good.

Earlier today the Final Fantasy XV official Japanese website has been updated. The website now features this new Active Time Report as well as a new Screenshot section which currently includes all released screenshots of the game. With the game launching next year, the Final Fantasy XV website should become more active in the upcoming weeks.

Around two weeks ago a new Final Fantasy XV screenshot has surfaced online. The screenshot showcases a giant Malboro which looks incredibly dangerous. The Malboro is one of the classic Final Fantasy series monsters, a monster that players have to come to fear due to its Bad Breath attack, which causes a variety of status ailments.

Last month some new details on the Final Fantasy XV magic have surfaced online. According to director Hajime Tabata, magic in Final Fantasy XV will be divided into two types, a regular type and a special one that can only be used by members of the Lucis family.