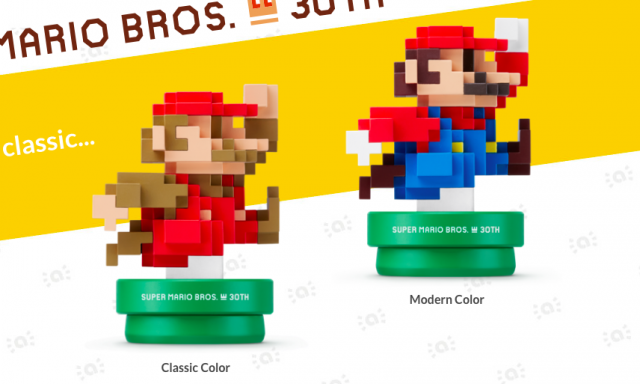 Last week several new amiibo figures have been released in North America. As it has been for other amiibo figures, some of them have already become very hard to find, with collectors having to spend more to purchase them. If you’re among those who wasn’t able to get some of the latest figures, you’d better keep an eye on Target stores in your area, as restocks will be coming  very soon in all stores.

According to a new post on reddit by Targetleaks, the company has secured an additional number of 8-bit Mario classic, Zero Suit Samus, Ganondorf and Olimar figures, with all figures shipping directly to local stores. These figures should become available in Target stores from September 18th.

More amiibo figures will be released in a few days in North America. These three figures are the Duck Hunt, Mr. Game & Watch and R.O.B. figures, which will only be available in North America as part of the GameStop exclusive Retro-3 Pack.

News on the upcoming amiibo releases are constantly coming in and we will keep you updated as soon as possible so stay tuned for all the latest news on the currently available and upcoming successful Nintendo figures.