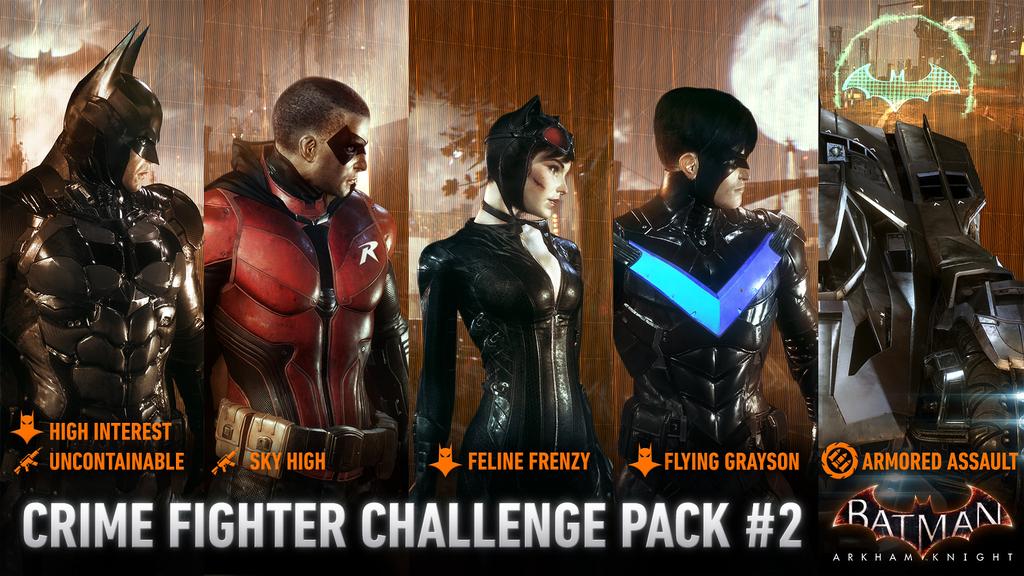 Batman Arkham Knight has received a few DLC packs a few weeks ago and more are supposed to be released later this month and the next. Among the packs released earlier this month is the Batman Arkham Knight Crime Fighter Challenge Pack #1 and if you have liked using Batman’s allies in the challenge maps included in the pack, you will be happy to know that the second Challenge Pack will be released before the end of the month.

A new Batman Arkham Knight image which has been making the rounds has confirmed that the Crime Fighters Challenge Pack #2 will include new Combat Maps for Batman, Catwoman and Nightwing as well as new Predator maps for Batman and Robin called Uncontainable and Sky High, and a new Batmobile challenge map called Armored Assault. The pack will be released on PlayStation 4 and Xbox One on September 29th. You can check out the image with all the new details right below.

A few days ago we have reported that the Batman Arkham Knight Crime Fighters Challange Pack #1 comes with a glitch which allows players to free roam a small part of Gotham City as Robin.

Earlier this month the PC version of Batman Arkham Knight has finally received its interim patch. The patch comes with several improvements that vastly enhance the experience on PC, making the game finally playable for most. Batman Arkham Knight PC is yet to be fixed completely but the new patch is a step in the right direction.