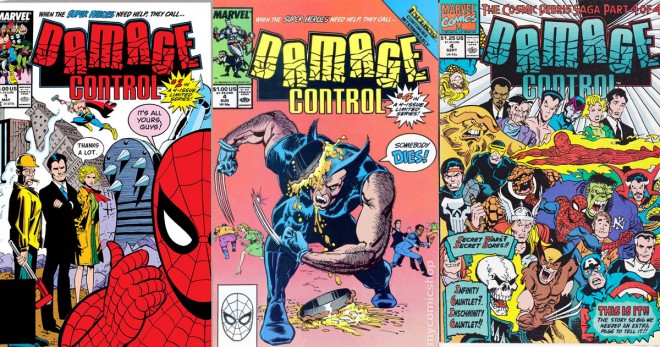 After the huge success the Avengers had and with the 2012 TV-Series Agents of SHIELD popularity, followed by Daredevil’s success, Marvel Studios decided it’s time to make another TV-Show. Because their Guardians of the Galaxy and Ant-Man movies were highly appreciated by fans the next TV-show will be a comedy, Marvel’s Damage Control. While Daredevil is a dark story revolving around a blind man becoming a superhero and Agents of Shield is a TV-series centered on “InHumans” who are either good or evil, the new TV-Series will be something that we need from Marvel, a comedy based story.

ABC have ordered a single-camera comedy and a half hour script for the new TV-Series. We all see what damages the avengers or the agents of shield are doing to the world while constantly saving it from its villains, but now it’s time to see the clean-up crew in action.

“Their specialty is dealing with the aftermath of the unique fallout from superhero conflicts, like returning lost ray guns to their rightful owners, rescheduling a wedding venue after it has been vaporized in a battle or even tracking down a missing prize African parrot that’s been turned to stone or goo. Sometimes the most important heroes are the ones behind the scenes.”

Ben Karlin, who developed Daily Show and Modern Family will be developer of this project while David Miner (Parks and Recreation) will be the executive producer with Jeph Loeb, Marvel’s head of television. After the world has been saved by our heroes, wreckages are bound to be left behind and we rely on the Damage Control team.

Star Wars Battlefront beta is upon us, here’s what you need to know
Starcraft 2: Legacy of the Void will receive a new interface