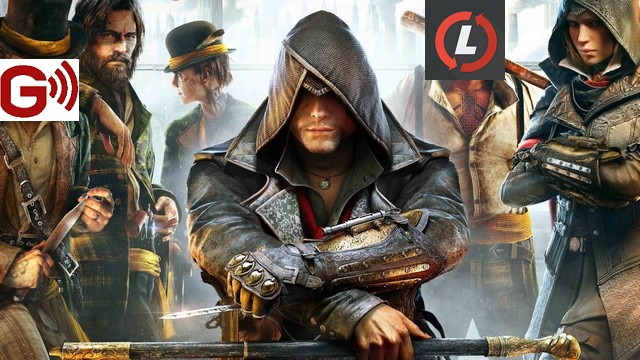 Update: The giveaway is now over and the winners have been announced. Please check your inbox to see if you’ve won and if you have, be sure to get back to us asap with the info required to send you your prize. We’ll have even more giveaways coming up in the near future, so stay tuned!

Remember last week when we promised that Geek Reply will be hosting an Assassin’s Creed Syndicate giveaway in the near future? Well, the near future has just turned into the present because we’re kicking off the promised giveaway right now. If you’ve been keeping an eye on our on-going Halo 5 Guardians giveaway then you’ll pretty much know what to expect here. If not, don’t worry because everything will be made clear down below. Once again, we have partnered with our friends over at Leaptrade and we’re offering two copies of Assassin’s Creed Syndicate as part of this giveaway, as well as a total of $100 worth of Leaptrade credit for two runner-ups.

TL;DR: jump to the bottom of the article for a quick summary.

But wait, there’s more! If you’re the kind of person who likes to have games on display you’re in luck because these are both physical copies and we’re even letting you choose the platform. Meaning, Xbox One, PS4 or PC. There are a few things you can do in order to increase your chances of winning, but before we talk about that I do need to mention that our Assassin’s Creed Syndicate giveaway is only available to US-based citizens. Also, if you happen to win the Leaptrade credit you’ll need to have an account on their platform to use it. Follow this link if you want to set up your free account and make sure you read our review if you want to learn more about what Leaptrade is all about.

So, how do you win? The process is pretty standard and we’ve even included a giveaway widget to make things even easier for you. The widget features several tasks that you can complete to gain more entries so make sure you complete as many as possible if you want to maximize your chances of winning. As mentioned, we have two copies of Assassin’s Creed Syndicate and we will be picking the two winners on different days, one on Tuesday, October 13 and the other one on Tuesday, October 20. The two runner-ups to receive $50 worth of Leaptrade credit each will also be picked on the same dates. The tasks themselves are what you’d expect from any giveaway – shares, likes, comments, that sort of stuff. Just take a look below and you’ll see what I mean.

Assassin’s Creed Syndicate launches on October 23 across all platforms, so if you win you can expect your copy of the game to arrive to your doorstep either on launch day or shortly after that. As for the other prizes, we’ll contact the winners once we pick them and Leaptrade will transfer the credit shortly after. Pretty simple, right? Remember, we’re giving away Assassin’s Creed Syndicate copies for the platform of your choice so make sure to let us know which platform that is.