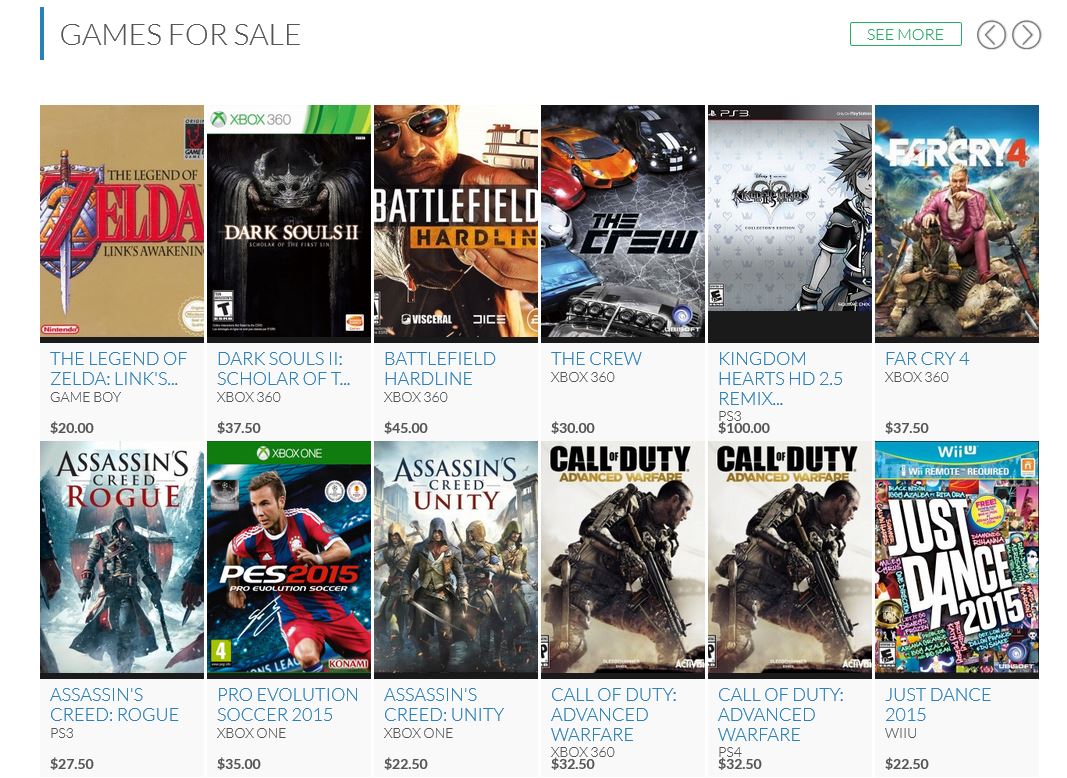 Leaptrade offers a better solution to the plague of every gamer, what to do with games they don’t want anymore

Gamers might be the most diverse group of people around bringing all different types of beliefs, ideas, and desires that influence the industry. Anyone who has spent time in the forum of any game can tell you that gamers rarely agree on anything. They all have their own ideas on the industry and the direction of their favorite games. There are a few things that gamers can agree on though and one of them is how difficult it can be to find a place to trade in their old games.

Trading in old games for cash or credit is how many gamers are able to pick up the next title they are after and keep their collections from growing out of control. It’s a practice that’s been around nearly as long as gaming but there is always one big problem with it to overcome, where to trade those old games in at. Nearly any gamer will tell you that trading them in at stores like GameStop will cost you money since it gives you so little for your games. Many decide to sell their games themselves on sites like Craigslist, but that has its own risks.

What gamers have been looking for is a better way to trade in their old games so they can pick up new ones. They might have finally found the answer in a site called Leaptrade, where gamers can not only trade in their old games for credit but directly trade with each other. It’s a site dedicated to helping gamers make the most of the games they no longer want and grabbing the ones that they do. All of which will probably sound too good to be true at first to the average gamer.

They’ve been told that they are getting a great deal by a huge number of other stores that are actually focused more on making money for themselves. It’s hard to hold onto that doubt after signing up with Leaptrade, however, where it quickly impresses with its simple offer. Unlike game stores, Leaptrade isn’t interested in building their own supply of used games to sell later, the idea behind the site is gamers trading directly with each other. That’s where the beauty of this system shines.

Gamers are given two options when they hop on Leaptrade to trade in a game; the first is doing a direct swap with another gamer called an instant trade. In an instant trade gamers hop on the Leaptrade forums to post in the game requests/wants section saying what game they’re after and what they have to offer. After that it’s a bit of a waiting game to try finding someone who has the game you want and is willing to make a trade with you. Obviously, obscure games from the PS2 generation or earlier are going to be tough to find. Trades for next-gen titles seem to go much quicker.

After getting set up with a person you want to trade with is when Leaptrade is able to make a little money of their own, charging $3.49 to ship, track, and insure your game. A surprisingly fair price for the security they offer on every trade you make. They guarantee that if the game you receive isn’t in working condition they’ll give you credit. It also gives gamers a real sense of security to be able to track their game every step of the way. Of course there will be times that gamers simply want credit for their old games instead of waiting to trade for a different one.

In that case Leaptrade allows gamers to trade their games in for credit on their site, an idea that will often make gamers recoil in disgust (credit being such an awful word). Past experiences have taught gamers that credit means getting a fraction of their games value, Leaptrade works a little different. When trading in a game for credit on Leaptrade you’re given the actual value of your game. If you trade in a game like the Last of Us worth $20 then you will receive $20 in credit to use on Leaptrade. The games you can buy with that credit are priced fair as well, a game worth $20 is priced $20, there is no markup to worry about.

What makes the system even more impressive is that Leaptrade doesn’t keep the games you trade in to have them stored in a warehouse. They have a system in place where gamers can simply request a game that they’re looking for, paying for it with credit on their account, and when a copy of it is traded in, it’s sent directly to them. So even when picking up games with credit you are still basically trading directly with another gamer except with security of the Leaptrade guarantee.

It’s a fairly elegant system for trading your games and finding new ones, that isn’t to say the system is perfect. There is a real drawback to buying games with credit or trying to trade directly with other gamers. Buying games with credit is fast and easy if they have a copy of the game up for sale, when you’re after a game that no one is trading in you have to hop on a waiting list.

In demand games like Final Fantasy X/X 2 can put you in a line behind seven other gamers forcing you to wait for the game to be traded over half a dozen times before you get yours. Direct trades have a similar problem, someone might have the game you want but you might not have something they want in return. Forcing you to wait for someone who is willing to make a deal for what you have on hand.

Compared to other methods of getting money out of your old games or trading for a different one like Craigslist or game store those problems seem small. You’re better off having to wait a little longer for a game you want then getting less money for the ones you have or being robbed. It’s hard to argue against Leaptrade’s system of giving you what the retail value of your game is or the security of their guarantee in case of a bad trade. In fact it might just give places like Gamestop some much needed competition in the used game market.

We encourage everyone to give Leaptrade a try the next time they have a game they want to trade in or want to trade for something different. There is no other site that can offer the same level of quality or guarantee that the game you receive will work.