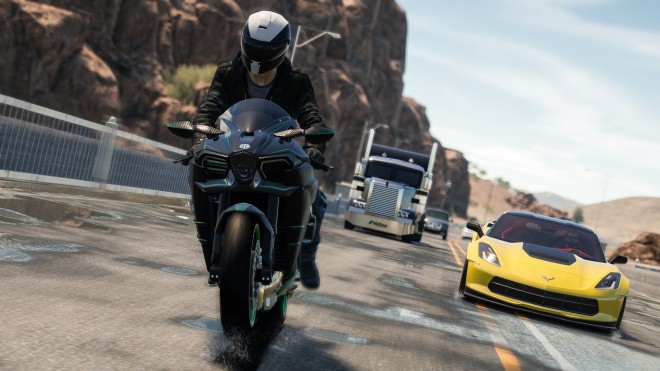 Ubisoft confirmed The Crew: Wild Run, the expansion to their MMO racing game. The Crew will start beta testing from 15 to 19 October 2015 for PC. Those of you who have already participated in the beta testing of the initial game The Crew, will be invited to beta test this game too. If you haven’t applied for the beta test, feel free to apply here.

This beta testing allows players to participate in “The Summit”, a meeting between drivers and mechanics from all around the world that will take place in the United States of America. Players will have the chance to drive special cars made for drag, drift, monster trucks or motorcycles and as for the gaming style, it will include PvE as well as PvP. The beta grants access to the newly updated maps, the weather system and players will be able to try out the Free Drive Stunts and Free Drive Challenges.

In the beta, testers will be able to see the new graphic updates that Wild Run have implemented in The Crew game. The updates presumably contain better lighting effects and entire parts from the initial game are completely changed. Those who already purchased The Crew, will receive access to the new upgrade for free, once the expansion will launch.

The Wild Run expansion will be available for download starting 17 November 2015 or the physical version of the game alongside the new expansion will be available in stores starting 19 November 2015. A trailer was released to show off all these new improvements and if you were a beta tester for the initial game The Crew your invitation is on the way.