Super Smash Bros For Wii U, 3DS To Receive New Update Soon, Will Include Fix For The Diddy Kong Glitch 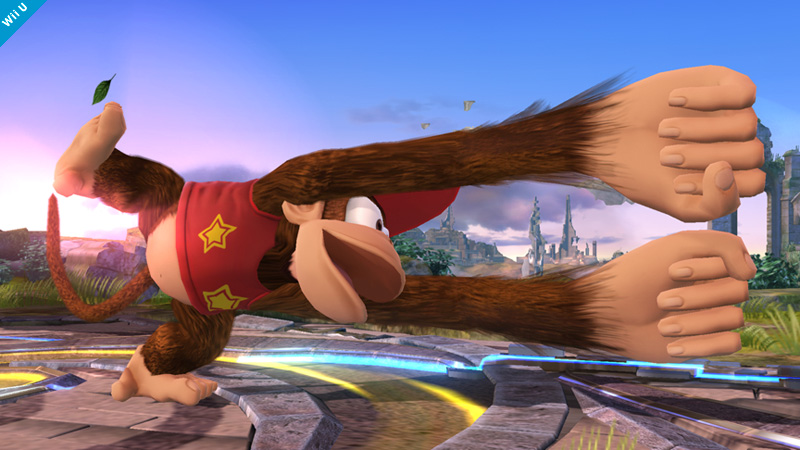 Super Smash Bros For Wii U, 3DS To Receive New Update Soon, Will Include Fix For The Diddy Kong Glitch

Around one week ago a new Super Smash Bros for Wii U and 3DS update has been released in all regions. The update introduced several balance changes as well as support for new DLC packs such as new stages for the two versions of the game and new Mii Fighter costumes. Unfortunately the update also introduced a critical issue which makes Diddy Kong invincible to grabs in specific situations. A few days since the update’s release, Nintendo has acknowledged the issue and confirmed that a new update is already in the works.

The Nintendo Official Japanese website has confirmed that the Super Smash Bros for Wii U and 3DS upcoming 1.1.2 patch will require around 60 MB on Wii U and it will be mandatory for online play for obvious reasons. As of now only the Diddy Kong glitch fix has been confirmed for the update but we will definitely hear more about the update in the next few days.

Super Smash Bros for Wii U and 3DS have been released last year in all regions on the two Nintendo consoles. The two versions of the popular game  game come with the same gameplay mechanics and character roster but different stages and play modes. The 3DS version comes with the unique Smash Run mode which plays pretty much like an old school 2D platform game while the Wii U release comes with the Smash Tour mode, which is played like a board game, the Master and Crazy Orders mode, Stage Builder, the recently introduced Tournament mode and more.

Super Smash Bros for Wii U and 3DS are now available in all regions on each respective console. We will keep you updated on the game’s next patch as soon as more comes in on it so stay tuned for all the latest news.