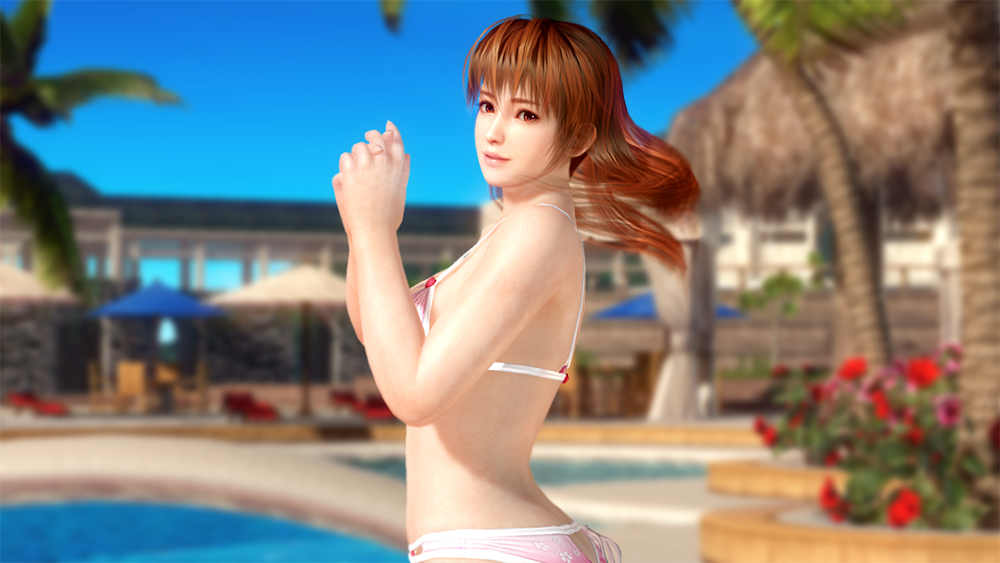 The Dead or Alive series, the fighting game series created by Team Ninja, is known not only for its fighting mechanics but also for the beautiful ladies that appear in all entries of the series. The team knows this quite well and has released a few beach volley spin-off titles which focus more on the Dead or Alive ladies. A new entry of this spin-off series called Dead Or Alive Xtreme 3 is going to be released  in Japan on February 25th 2016 and today new details and screenshots have surfaced on the game’s official Japanese website.

Dead Or Alive Xtreme 3 is going to include nine playable female characters, which have been chosen from 15 candidates from Dead or Alive 5 Last Round. The nine playable characters will be Marie Rose, Honoka, Kasumo, Ayane, Kokoro, Nyotengu, Hitomi, Mimiji and Helena. No DLC characters are currently planned.