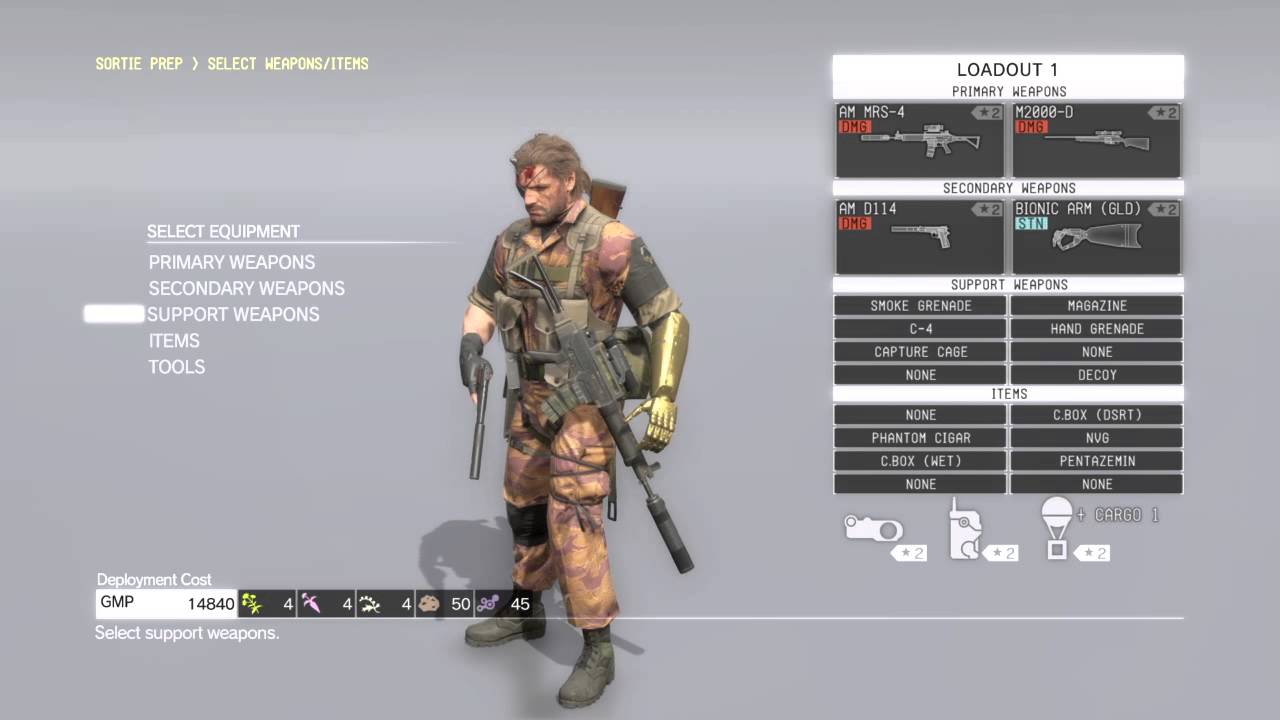 The new Metal Gear Solid V The Phantom Pain PC patch is around 180 MB big and full patch notes have yet to be revealed. According to several online reports, the patch doesn’t add anything meaningful but actually removes some of the game’s items such as the golden bionic arm and Quiet’s Sniper Wolf outfit. The console versions of the game have yet to be updated so we don’t know if the removal of these items is a mistake or not. We will keep you updated on the matter as soon as more comes in on it.

UPDATE: The removal of the items is apparently a bug. The team is aware of the issue and a fix should be coming soon.

UPDATE 2: Another patch has been made available. According to reports, it fixes the removal of the golden bionic arm and Sniper Wolf outift.

A new Metal Gear Solid V The Phantom Pain mod for the PC version of the game has been made available last week. This new mod, which is called Hardcore Mod, increases the game’s difficulty leve by introducing several gameplay changes such as a 50% increase of enemy hearing and vision ranges, added benefits for weather, decreased enemy knockout time, increased bullet damage, reduced empty magazine uses and more.

Metal Gear Solid V The Phantom Pain is now available in all regions on PlayStation 3, PlayStation 4, Xbox 360, Xbox One and PC. We will let you know more about this new PC patch as soon as more news come on the matter as soon as possible so stay tuned for all the latest news on Hideo Kojima’s latest game.