Did God just appear on Supernatural? 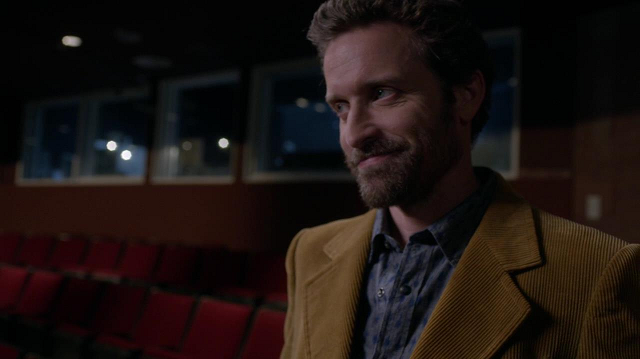 Did God just appear on Supernatural?

If you’ve watched the latest episode of Supernatural maybe you’ve got the same hint as I did, when Sam had a vision or a dream while he was sleeping talking to his “dad” which made me think “how about that?” God does finally get a spot in the Supernatural TV-Series.

Sam had a discussion with his “dad” in which Sam said at some point: “We turned out ok!” His “dad” replied with: “That was on you boys, not me.” Sam couldn’t believe his father was actually real, because those were the word he always wanted to hear, so presumably God changed the course of the conversation by saying: “I never could fool you, could I?” followed by the obvious message that is being sent throughout the 11th season of the show: “The Darkness is coming, and only you guys can stop it!”

Maybe God wants to take another “sick day” and let the boys finish what they started. But the last time God delivered a message through someone they told them to “back off” which was not very nice of him. Maybe the mysterious vision sender is not God, but Chuck who is the messenger of God and he might take someone else’s form so he wouldn’t reveal himself.

While many people believe that Chuck is God because he appeared on the previous season just for a second at the end of the “musical episode” this might be the first time we got the hint that God is not hiding anymore and he is down to business.

When the last season ended with the Darkness coming out in the world, I started to wish that God would appear on the next season, only because he was the one who locked the Darkness away and might have the power to defeat “her” this time.

No backwards compatibility for PS4… ever
Upset: LG Tops Cloud 9 and Fnatic to Reach Quarter Finals at Dreamhack Cluj-Napoca