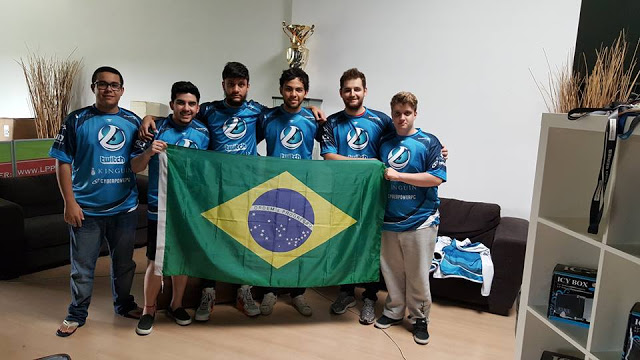 Luminosity Gaming beat Cloud 9 and Fnatic to qualify into the quarter finals in the upper bracket of group A at Dreamhack Cluj-Napoca on Thursday.

Fnatic was visibly happy when Inferno was the map chosen for the two to face off on in the best of one match, and they started off strong by grabbing eight rounds on the terrorist side in the first half. This spelled bad news for the Brazilian team (LG) who lost the first half on the heavily favored counter-terrorist side. But LG rebounded strong by winning their terrorist half 9-5 and grabbing the match.

Luminosity has been warming up lately both internally and competitively. Multiple showings over Cloud 9 online and then showing up to beat North America’s best team at a lan was already reason to celebrate, but the group’s determination, strategy and individual skill took them up and over a top four seeded team in Fnatic.

Fnatic didn’t struggle individually, but more as a group. It seemed as though no matter what happened, gun fire would start to exchange and before Freddy ‘KRIMZ’ Johansson  could say Dreamhack Cluj-Napoca, he’d be left in a one vs three bombsite retake. Among the more poor performances though, was tier 1 awper and Fnatic super star Jesper ‘JW’ Wecksell. Usually cherished by casters and fans alike for his highlight reel style play, JW fell to a quiet 17 kills and 20 deaths.

Before the match started, casters highlighted the match-up between Rob ‘Flusha’ Ronnquist on Fnatic and Marcelo ‘cold’ David as a key match-up to watch, and both players delivered big for their teams posting the highest player ratings in the match. Next highest were LG’s awper, Gabriel ‘FalleN’ Toledo and the man some consider to be the best in the world, Olof ‘olofmeister’ Kajbjer, who no one earned an entry kill on according to hltv.org.