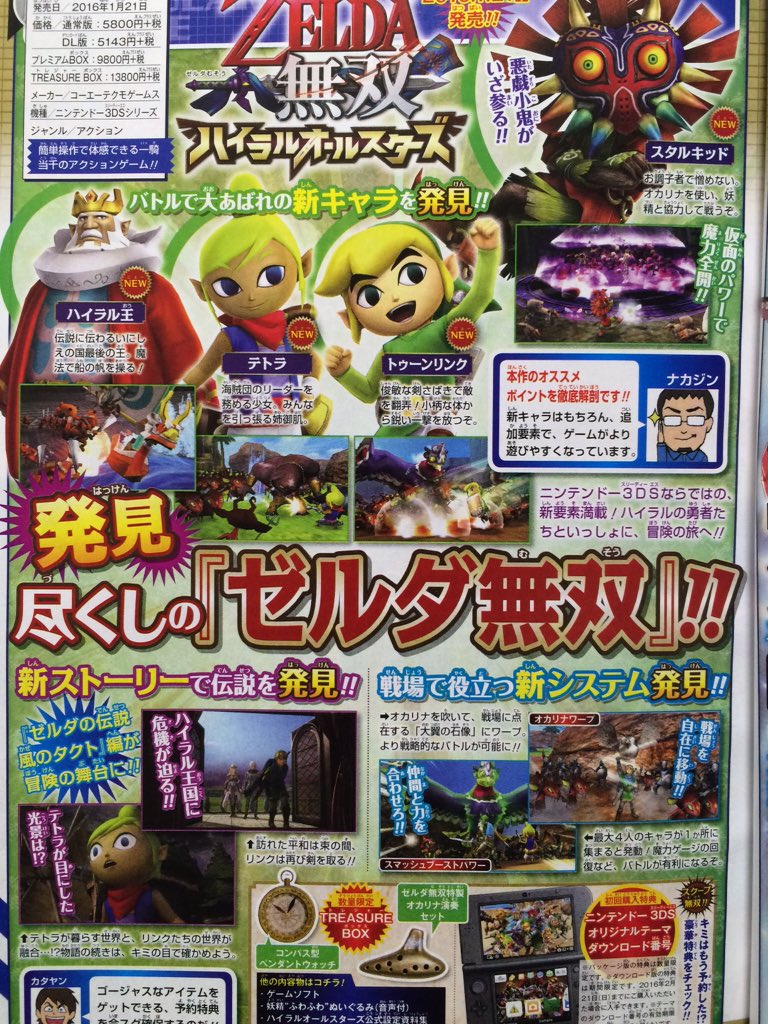 Hyrule Warriors is definitely one of the more interesting Wii U exclusive games released in recent years. The game has been developed by Omega Force, the team behind the Warriors series, and features a gameplay experience which mixes elements from the Zelda series and the Warriors franchise in a very interesting way. A new version of this excellent game is going to be released soon on Nintendo 3DS and today Japanese magazine Shonen Jump has shown more of the extra content included in it.

The new Hyrule Warriors Legends magazine scan showcases the new playable characters included in this version of the game – Toon Link, Tetra, King of Hyrule and Skull Kid. The four characters will come with unique abilities and weapons that will make them play differently from the other Hyrule Warriors characters. You can check out the new scan right below. 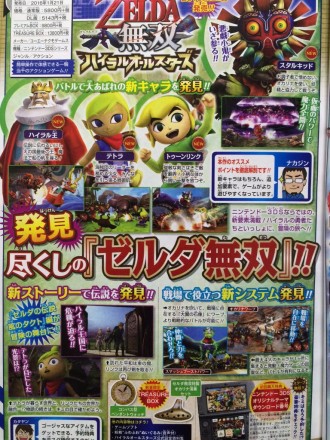 Hyrule Warriors Legends will include all of the content found in the original Wii U release as well as new content inspired by The Legend Of Zelda: The Wind Waker and more. The original Wii U version is also going to benefit from the 3DS release, as the new playable characters will be added to it following Hyrule Warrior’s Legends release.

Hyrule Warriors Legends will be released sometime next year on Nintendo 3DS in North America and Europe. More news on the game will surely be coming soon and we will let you know about them as soon as possible so stay tuned for all the latest news.