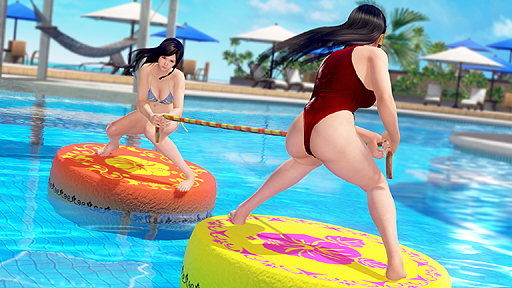 The new Dead Or Alive Xtreme 3 website update comes with new details and screenshots on playable characters Ayane, Nyotengu and Kokoro as well as a brand new trailer showcasing some of the features of the upcoming game.

Dead Or Alive Xtreme 3 is going to include nine playable female characters, which have been chosen from 15 candidates. The nine playable characters will be the already mentioned Marie Rose, Honoka, Kasumi, as well as Ayane, Kokoro, Nyotengu, Hitomi, Momiji and Helena. No DLC characters are currently planned. Dead Or Alive Xtreme 3 has yet to be confirmed for the West but there’s a chance it may be released if demand is high enough, according to the team.