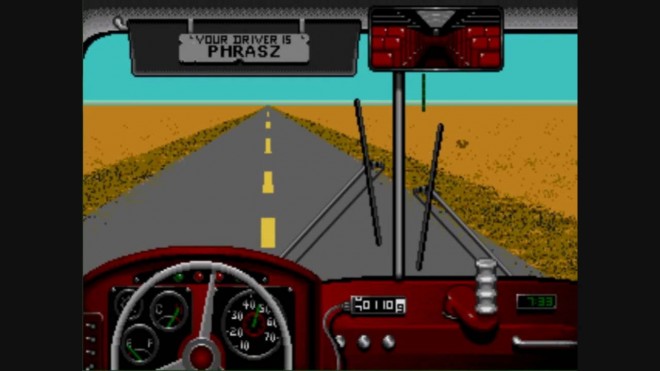 If you haven’t heard by now about Desert Bus for Hope it is actually a charity fund-raising marathon that started in 2007 and gradually grew in donations each year. The charity was the idea of a internet comedy sketch group called “LoadingReadyRun” and it combines video games with fundraising for Child’s Play Charity.

The game Desert Bus is actually from a non-released CD game ‘Penn & Teller’s Smoke and Mirrors’ that requires the player to drive a 8 hour long road between Tucson, Arizona and Las Vegas, Nevada. Is not as simple as driving a bus on the highway because the game was programmed to have alignment issues and all sorts of unreliable features that will only make the player crash the bus. Once the player derails from the road, he is immediately sent back to Tucson where he has to start from scratch.

The game is highly annoying and considered one of the worst games ever created but a smart group of people have made a good cause out of it. Each year the is live streamed and as long as the players keep on playing and the viewers keep on giving challenges and donating, Desert Bus for Hope goes on. Just yesterday this years run has ended and raised $677,188 in 159 hours of non stop playing.

Ever since 2007 Desert Bus for Hope has raised more attention and continuously beat its last year’s donations. The Desert Bus organization assures that all the money goes directly to Child’s Play Charity which is dedicated to improve the lives of children who are currently undergoing treatments in various hospitals by giving them toys and games.