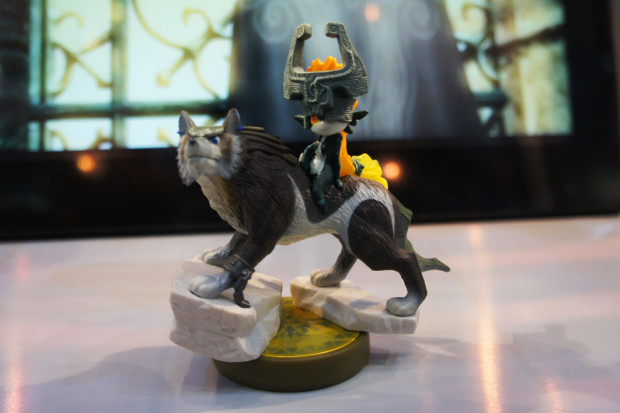 In the past few weeks it’s been revealed through a leaked image that Nintendo was working on The Legend of Zelda Twilight Princess HD, the HD remaster of the entry of the series originally released on GameCube and Wii. During the last Nintendo Direct a few days ago, the Japanese publisher officially confirmed the game and also revealed a new amiibo figure representing Link in his wolf form from the game that will be released alongside it.

Some new images of The Legend of Zelda Twilight Princess HD Wolf Link amiibo have surfaced online, showcasing the unique figure. You can check out the images right below.

During the already mentioned latest Nintendo Direct, the Japanese company confirmed that the Wolf Link amiibo will only be available in the beginning as part of the The Legend of Zelda Twilight Princess HD amiibo bundle, including a copy of the game and the amiibo figure. Following the announcement, The Legend of Zelda Twilight Princess HD bundle has been made available for pre-order by various retailers, including Best Buy and GameStop.

Like the HD remaster of The Legend of Zelda: The Wind Waker, The Legend Of Zelda Twilight Princess HD isn’t going to be a simple HD remaster of the original game but it will also include some features not available in the original release, such as compatibility with the already mentioned Wolf Link amiibo and the other Zelda series amiibo figures released as part of the Super Smash Bros line and more. During the latest Nintendo Direct it’s also been confirmed that the Wolf Link amiibo is going to be compatible with the yet to be named Zelda game launching on Wii U next year.

The Legend Of Zelda Twilight Princess HD will be released next year in all regions exclusively on Wii U. We will keep you updated on the game as soon as more comes in on it so stay tuned for all the latest news.