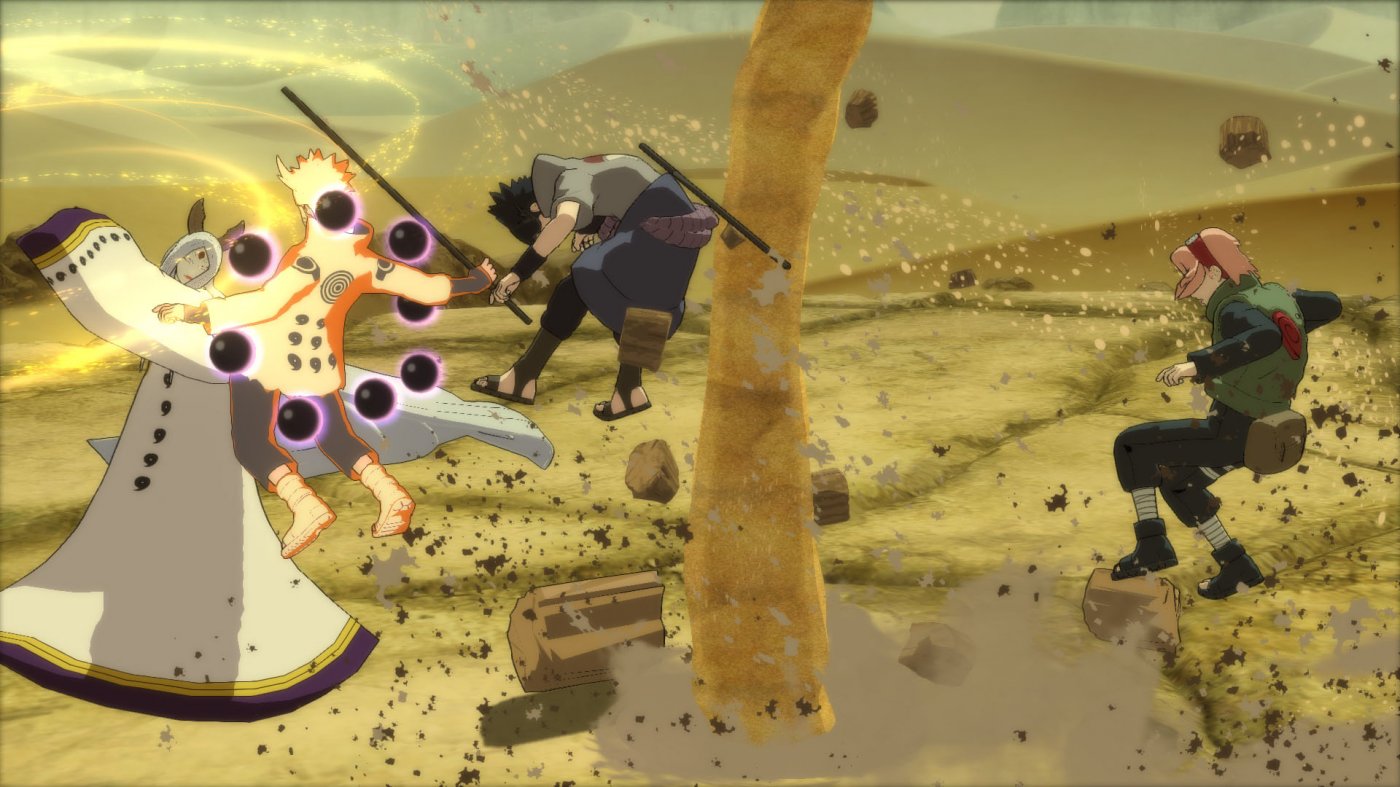 According to the website, Naruto Shippuden Ultimate Ninja Storm 4 will feature a mechanic called Elemental Affinity, which boosts a jutsu’s power depending on the environment. The new website update also details Team Attacks and the game’s Adventure mode and you can check out an English translation of the new additions to the game’s Japanese website by going here.

A Naruto Shippuden Ultimate Ninja Storm 4 playable demo is going to be made available in a little over a week in North America and Europe on PlayStation 4 and Xbox One. The demo will allow players to play one of the game’s boss battles, the battle between Harashirama Senju and Madara Uchiha which has been shown a few times already. Those who have access to the Japanese PlayStation Store can download the demo right now, as it has been released in Japan last week.

Naruto Shippuden Ultimate Ninja Storm 4 will be released this February on PlayStation 4, Xbox One and PC. More on the game is going to come in soon so stay tuned for all the latest news on CyberConnect 2’s upcoming title.